“Fort Defiance”, last night’s episode of The Strain, was technically over an hour again, but this time by only two minutes. And what a difference it made! It’s almost like I had a point last week when I went on my rant about episode structure and timeslots.

I was admittedly bored at times, especially in the beginning of the hour when my patience was thin, but I never became truly annoyed. And the episode ended up delivering some good moments to keep my interest piqued.

I like that Eph and Nora’s plot is focused on the lab. There are no distractions, no random side-adventures; this is where they are and what they do, now. It’s bringing back that blend of science and supernatural that initially intrigued me in the pilot, for one thing. It also at least gives the impression like I’m not wasting my time when I watch what they’re doing. They’re making progress, and not getting sidetracked. At least in their case, there’s no filler. 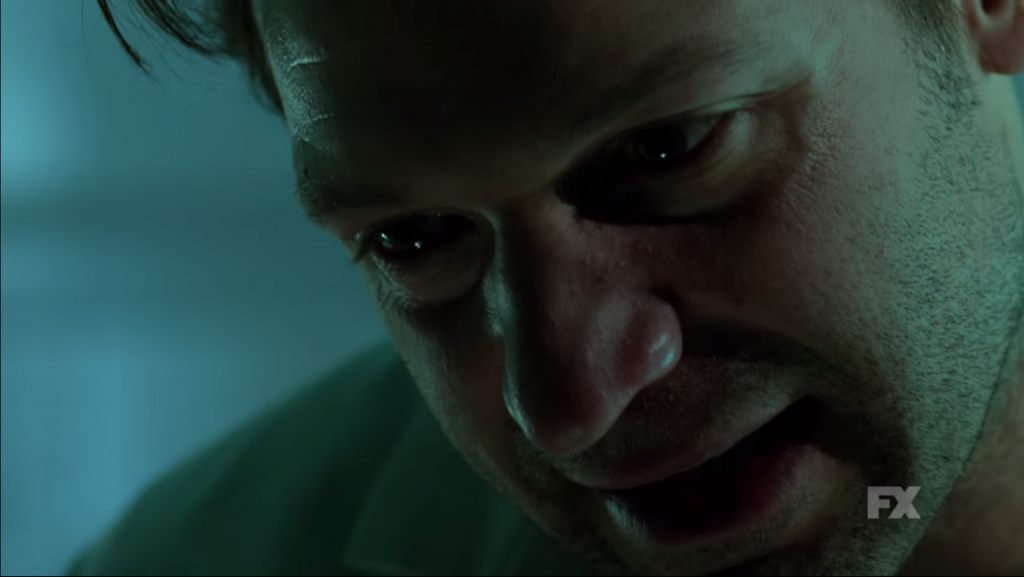 Two of the stronger moments of “Fort Defiance” came from Eph. The first was his reaction to Zach’s latest tantrum. He forces the kid to look at one of the vampires and says, “This is what your mother is now.” Nora makes him stop, but to be honest, I think that’s what the kid needs. Eph has a refreshing policy of never hiding the truth from Zach for long. If he could only double down on that, maybe he could shock Zach out of denial.

(Speaking of which, Zach’s nonsensical surliness was at a minimal this week – another strong point.)

The other strong Eph moment was one that was admittedly spoiled by the episode trailer: when he speaks to the Master, who is presumably watching through the captive vampire’s eyes, and even guesses that his plan is to get to him through Zach. Eph threatens to kill Zach and himself before allowing the Master to turn them, and I think this is supposed to be taken as a sign of Eph’s dark turn? But to me, both of these moments are evidence of positive character growth. Sure, he’s not in a good place emotionally, but he’s where he needs to be to fight the Master. He has no illusions about the reality of the situation. In a show where every other character is in denial about the vampires even when confronted with them, this is a godsend.

Another strength of this episode was what it didn’t have. This show still doesn’t know how to handle the serialization vs. procedural tension, but it didn’t touch two subplots that have been exacerbating that problem. I’m referring, of course, to the Kelly/Feelers plot, and to Setrakian’s flashbacks. Both were missing, and the episode was better for it. 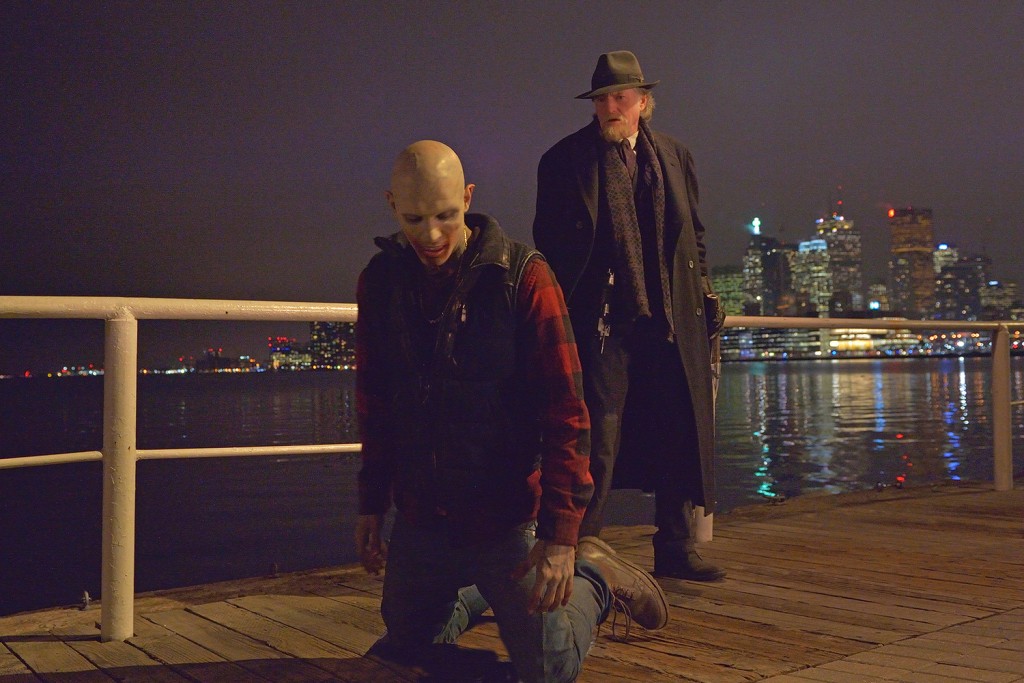 Setrakian, of course, doesn’t need to be younger and chasing after Nazis to be interesting. He’s actually more interesting in his old age. Speaking of his age, it was revealed he’s in his 90s, and stays “healthy” by boiling vamp-worms and dropping the solution in his eyes – the same thing that returned Palmer to his health. I hadn’t really thought very hard about Setrakian’s age before this, but it’s a welcome explanation for his relative vigor as well as solid characterization. That is totally something he would do.

I also like the moment between Setrakian and Nora here, just because it shows how much Nora has grown to care about him. She and Fet both seem to have adopted him as a father figure, and that’s adorable to me.

The last thing that I have to mention, of course, is Gus and Quinlan’s attempt to abduct Palmer. As sorry as I am to see the vampire swat team go, these are the moments that The Strain thrives on. It was great stuff, visually.

Obviously, this wasn’t a perfect episode. I’m still not sure what the hell Coco Marchand is doing on this show. The cheesy dialogue was particularly noticeable at times, such as in Councilwoman Faralda’s speech scene. She reveals the beheaded vampires to the crowd to jeers; then one line later, she turns the crowd to her side, and suddenly they approve. The whole thing is just absurdly bad.

Another instance: when Fitzwilliam passes through security at the Staten Island Ferry, and a guard tells him, “You left your rights in Manhattan.” Yeah, I got that already; no need to shove it in my face.

In all, while The Strain still struggles with to blend procedural and serial elements, purely setup scenes were minimal here, and didn’t drag on the plot. Really, this episode gets much better the more I think about it.