‘You are why there is no escape from indecency.’

IFC films has released the trailer for Alex Ross Perry’s psychological thriller Queen of Earth – and we haven’t seen anything like it in a while.

With a vintage-style voiceover, the trailer teases the film in a way that sparks intrigue and fascination from its two stars, Elizabeth Moss and Katherine Waterston.

In the film, Moss stars as “Catherine, a woman careening towards emotional collapse after a one-two punch of heartbreaking events. Seeking peace and solitude, she heads to the secluded lakehouse of her best friend, Virginia (Inherent Vice’s Katherine Waterston). But their quiet country retreat becomes a journey into steadily mounting hysteria as past and present collide and the love-hate relationship between the two women threatens to tear them apart. Driven by Moss’ unforgettable performance, this darkly funny psychological thriller immerses viewers in the shattered mind of a woman on the edge.” 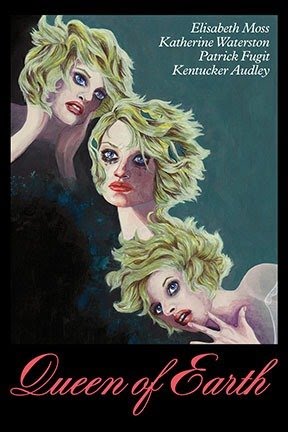 Queen of Earth is released in theaters and VOD August 26 2015.