The fight from hell.

When I woke up this morning, I smelled blood in the air, and I knew: it’s time for another fight to the death.

So who are the combatants? Last time around, the killer whale from Orca and the great white shark from Jaws fought to the death, and the orca emerged victorious. This time, let’s look at what would happen if the Deadites from Evil Dead fought the Cenobites from Hellraiser. 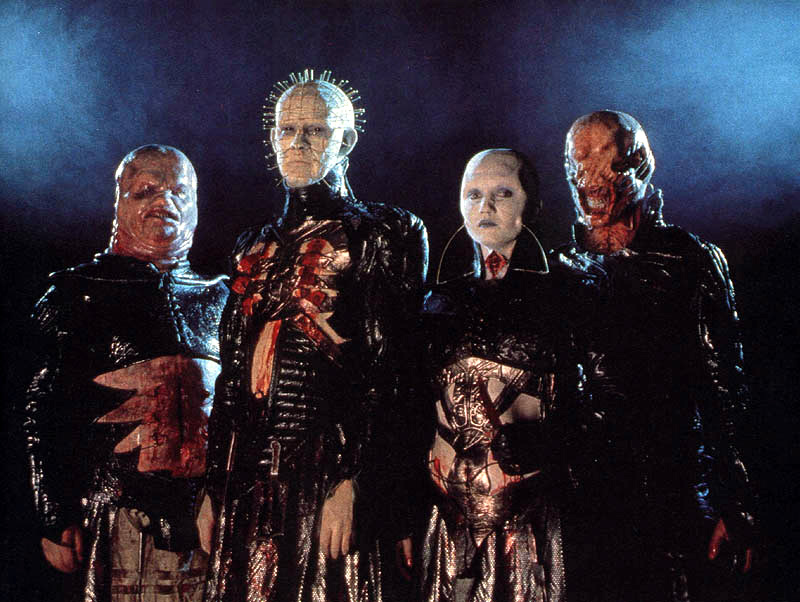 In the other corner, we have the Deadites. These demons from hell like pain too, but they’re not quite as weird about it. Their powers are even more ill-defined, but that’s because they can basically do anything. Their only real weaknesses are sunlight and the Necronomicon, which can be used to control them. 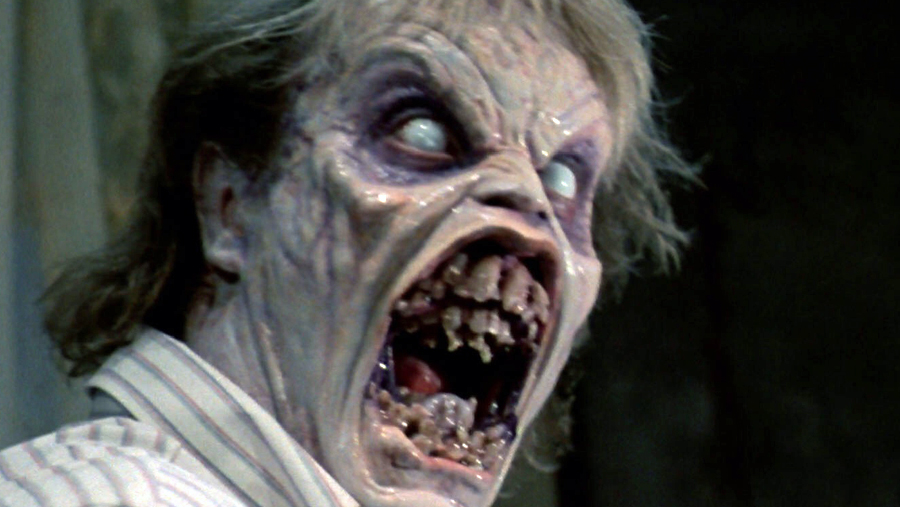 Now, normally, a fight between these two forces of pure evil would be impossible. So let’s assume that through some cosmic coincidence the Cenobites play Professor Knowby’s recording of the Necronomicon summoning ritual, and at the same time, the Deadites somehow find the puzzle box and solve the Lament Configuration, setting up their duel at Professor Knowby’s cabin.

The Cenobites come to the cabin to bring the Deadites to hell, but they don’t see anyone. One of them – let’s say Butterball – goes out in the woods to investigate and gets grappled by an evil tree. He struggles for freedom, but it’s not enough: the evil force races through the woods and possesses him, and he becomes a Deadite.

Let’s just take a moment to appreciate how hideous that would look. I can’t even imagine.

Now possessed-Butterball returns to the cabin and attacks the others, who are bewildered by his behavior, but easily fend him off, tearing him apart with chains.

But the evil force in the woods is hardly done. It animates objects in the cabin, tries to fly through the cabin to possess another Cenobite, and sends the trees to assault the cabin.

The Cenobites have no idea what’s going on, but decide this shit ain’t worth it, and return to their dimension. A wise choice, considering their only chance at defeating the Deadites is with the Necronomicon, which they can’t read and don’t have, anyway.

The winner: the Deadites, by forfeit.