The highly anticipated sequel of the popular The Conjuring officially started it’s pre-production according to the film’s director. James Wan tweeted “Here we GO. First day of official pre-production on #Conjuring2″. 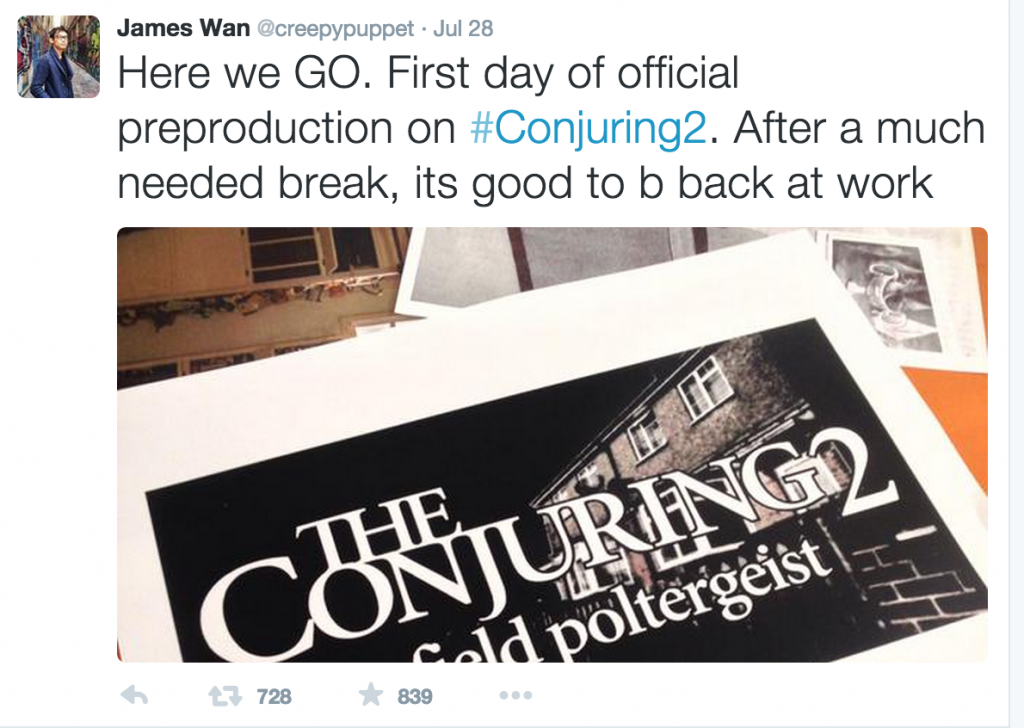 The film stars Patrick Wilson and Vera Farmiga who will reprise their roles from the first film and investigate a brand new case with real-life inspiration and is set to film in both Los Angeles, California, and England later this year. The Conjuring 2:The Enfield Poltergeist will hit theatres on June 10, 2016.