If your cable company cut the cord last night because of delinquent payments, here’s your lucky break in the form of a recap (spoilers below):

Last night’s episode of “Scream” on MTV started exactly where we left off last week: with Emma and Kieran lying in a field post-coitus.  Because this is a horror story, Emma decides to face her fears and go into Brandon James’ house, where she immediately gets separated from Kieran, gets another call from an  anonymous source implying that Kieran is the Lakewood Slasher, then comes face to face with the masked killer and pulls the mask off, revealing that the murderer is, in fact, herself. 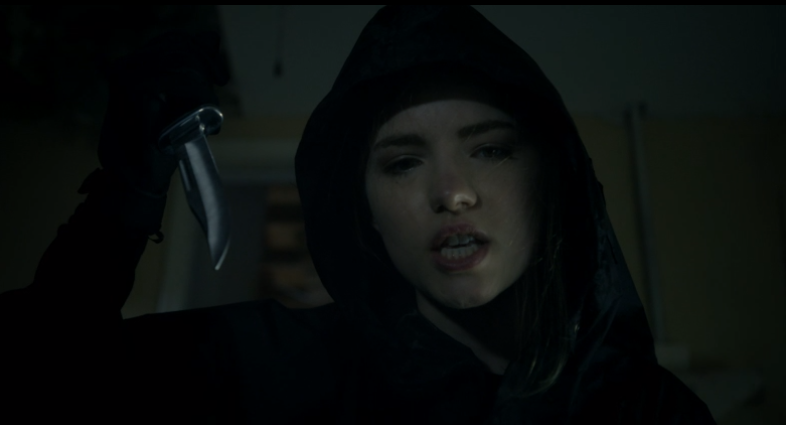 We’re often our own worst enemy.

And then she wakes up (in her bed, not the field) from that horrific nightmare and goes downstairs to find the ultimate teenage nightmare: her mother, Maggie, kissing Kieran’s dad, Sheriff Clark Hudson, before he departs on his walk of shame.  This would be awkward, but Emma and Maggie have a progressive and open relationship that doesn’t involve Emma living in denial about the fact that her mom is an attractive, single woman who exercises sexual agency.  Cool. 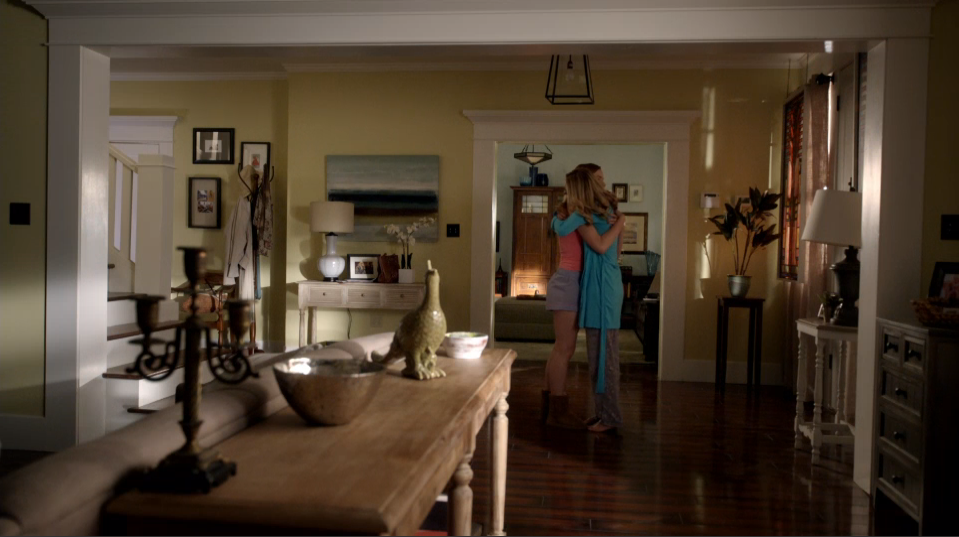 A positive portrayal of mother-daughter relationships. Way to go, MTV!

Early on, Will is confronted by true-crime reporter Piper, who invites him to make a guest appearance on her podcast to tell his side of the story regarding the whole “Emma’s-First-Time- Having-Sex Video” fiasco.  More importantly, Audrey is taken out of school by Detective Brock, who has some questions for her.  Specifically, if she never wore the Brandon James mask as she claimed, why was her DNA on the inside of it? During the interrogation (part of which would probably be inadmissible in court because Brock was questioning Audrey without a parent or lawyer present), Audrey said that she didn’t recall seeing anyone besides Rachel (murder victim #3) the night of Nina and Tyler’s murders.  When Brock leaves the room for a moment, Audrey calls up Emma and Noah and asks them to break into her house, remove an SD card from her bedroom, and destroy it without watching it. 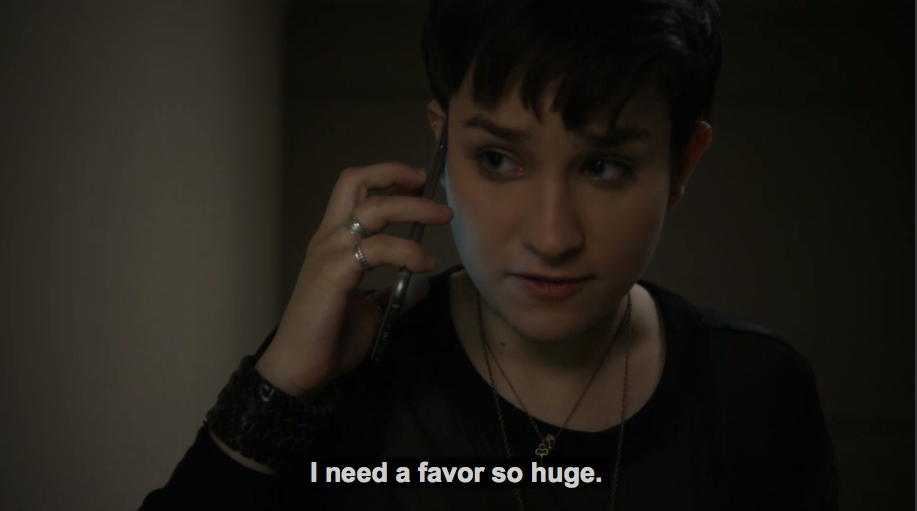 Bit of an understatement.

Of course, being the good little wannabe crime-solvers that they are, Emma and Noah check out the contents on the SD card.  It’s a rather incriminating video of Audrey threatening to do something to Nina to get revenge for the viral video of her and Rachel.  The video ends abruptly with Audrey yelling at Rachel, who was recording, to turn the camera off.

Speaking of shady videos, Brooke is still trying to piece together what her father did that was worthy of extortion.  She is being supported, and lied to, by her buddy Jake.  Brooke confronts Will about blackmailing her dad, and basically tells him to cease and desist.  Jake later threatens Will after finding that the blackmail money and phone have disappeared from his gym bag. 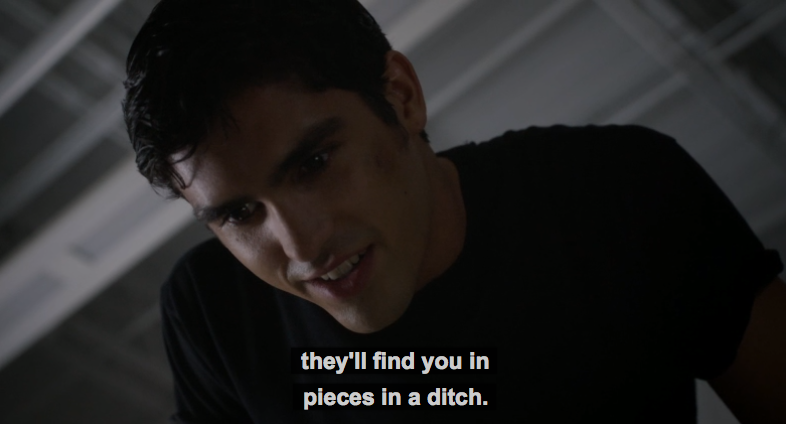 Upon learning that her friend might be in trouble with the police, Maggie decides to have a heart-to-heart with her daughter about friendship and drops a bombshell: she was childhood friends with Brandon James and, contrary to town mythology, did not purposefully lead him to his lakeside death by police sharpshooters.  This leads to Emma feeding the police a false alibi for Audrey: she signs an affidavit saying that Audrey was with her during the initial murders.  Audrey thanks Emma for the save and assures her that she is not the killer. Duh.  That would have been too easy.

Back to Will: He meets Mayor Maddox in an abandoned warehouse and returns the extortion payments, as well as gives Maddox the “last remaining” video (doubtful, but okay).  Will apologizes for his actions just as Maddox is reaching for his gun, safely hidden in the back of his pants.  Maddox leaves Will in the warehouse, ominously warning him that the killer is still out there. 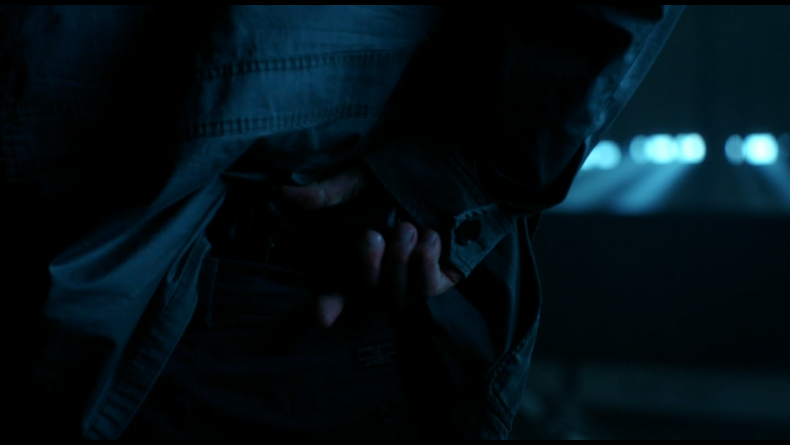 When he’s gone, Piper comes out of hiding; she’s been recording the whole exchange.  The two try to get out of the warehouse, but, oh no, the door is locked.  The Slasher makes an appearance, knocking Piper out of the way before stabbing Will.  Instead of killing him right then and there, the Slasher drags Will off. 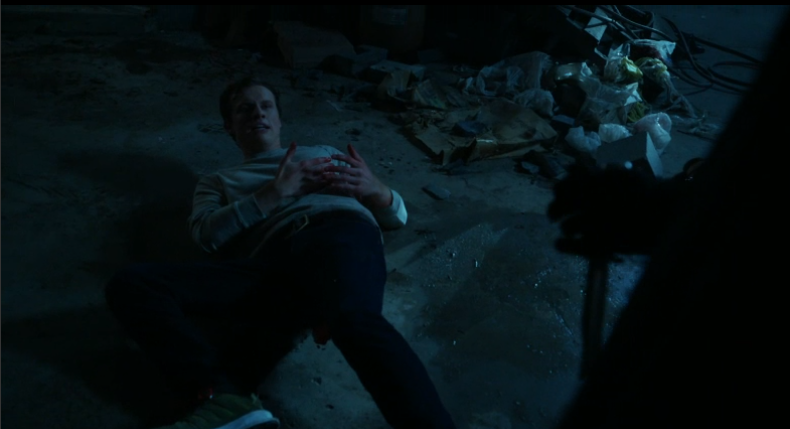 If we have learned anything from TV dramas for teens, we can almost say with certainty that Will is not going to die.  Instead, he will make a full recovery and do something sappy and idiotic like propose to Emma.  It wouldn’t be fair to have Will survive while Riley was brutally murdered, but, as horror movies have taught us, life isn’t fair.

Other details from last night:

– Mr. Branson is still a creep and wants Noah to do a monologue instead of a dialogue for a scene project in his class.

– Kieran is still a dark-and-mysterious-new-guy cliché.

– Jake obviously has no qualms about threatening his BFF/ partner-in-crime, Will

– Brooke looks for her mom’s body in her dad’s freezer; only finds bedsheets.

Questions for next week:

– What exactly did Maddox do?

– Where did the killer take Will?

– Are the budding romances between Maggie and Sheriff Hudson and Emma and Kieran turn into some uncomfortable “Gossip Girl” type thing?

– How did Audrey’s DNA get on the inside of the mask?!