Just a bottle of wine.

When I first saw the trailer for The Gift earlier this year, I admit I was kinda underwhelmed. It seemed like the kind of forgettable end of summer movie that would get a semi-wide release but would get buried under all the blockbusters. And when I found out the film was the directorial debut of actor Joel Edgerton (The Great Gatsby, Zero Dark Thirty), it just seemed like a vanity project. But the reviews started coming in and I’ll happily concede that the movie is far more interesting than the ads let on.

Simon (Bateman) and Robyn (Hall) are a young couple who move into a spacious, glass-walled house in an LA suburb.  At a houseware store, the couple runs into Gordon (Edgerton), Simon’s old high school acquaintance. Awkwardly trying to remember him, Simon offers to catch up. Soon, Simon and Robyn find a bottle of wine at their doorstep. Suddenly, the (un?)happy couple find themselves in an increasingly creepy and unwanted friendship with Gordon. 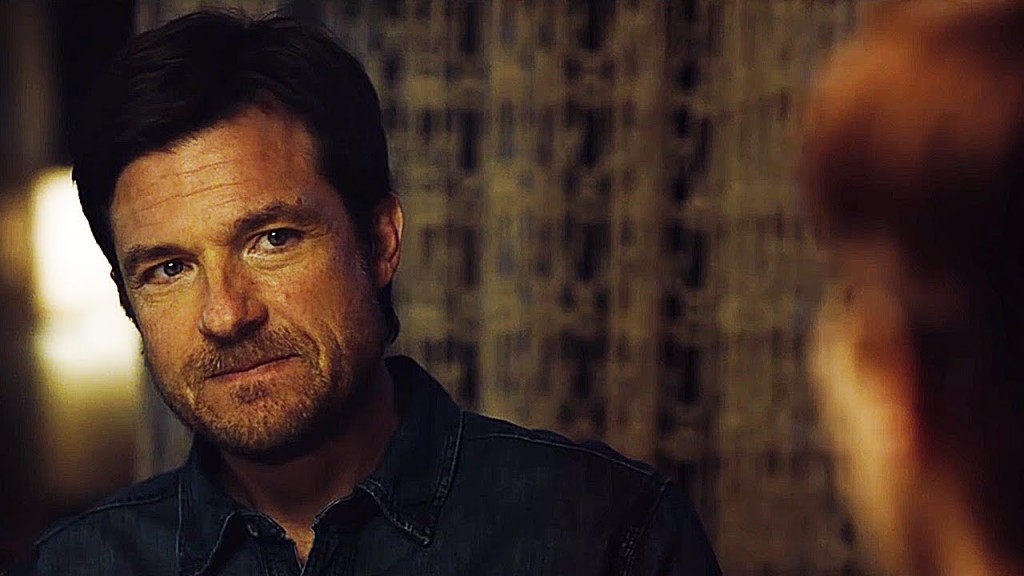 The movie begins already with a general sense of unease. The new house is overexposed, there’s some latent but determinedly hidden tension. And as Simon and Robyn start to develop their new home, whatever bliss they were seeking is stopped short by the entrance of Gordon. Edgerton keeps the camera lower and sometimes uncomfortably up close. The visuals of the film create tension, making certain scenes far scarier than they would be in a different context.

Jason Bateman is known for his comedic work especially the famous Arrested Development series. His casting in this movie may seem odd but actually it’s quite clever. I feel like Simon thinks he’s in some sort of Bateman-esque cringe comedy, willfully ignoring what’s going on around him. The role really plays to Bateman’s smug entitlement and his impatience play well here, making his character far more unsettling than he initially appears.

Rebecca Hall has a quiet mousiness–and she’s even more exposed and vulnerable with that 90s pixie cut–but she uses that quality to hide a forcefulness of performance. She has several scenes where her performance is really surprising. I think Rebecca Hall is a terrific actress and in some ways this is her movie. 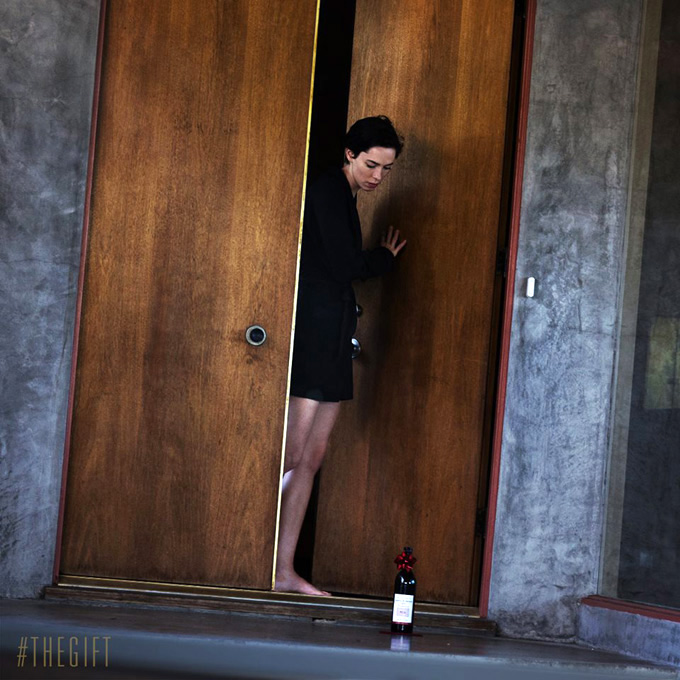 I used to think that Joel Edgerton made this movie and cast himself as Gordon as a vanity thing. And, yes, Gordon is a showy supporting role but the focus is more on Simon and Robyn. Edgerton is fine in the role, all quiet awkwardness and menace that could be real or imagined. His direction is stylish and precise–the suspense keeps mounting until a finale that’s hard to watch.

The Gift is packed with some terrific sequences, most of which I don’t want to spoil. The smart screenplay takes some pretty nasty twists towards middle and end. I like the theme of childhood sins coming back to haunt you and the film handles it with perspective and unbreakable tension. I can’t say I love everything about the ending, But I can imagine why it was done the  way it was done. The Gift, hopefully, will become a water cooler movie (similar to last year’s terrific Gone Girl) and I can see how the movie will inspire debates.

The Gift is a handsome, chilling thriller that will keep you on the edge of your seat. The girl behind me in the theater shrieked (“sorry, guys” said her boyfriend). The Gift is a crowdpleaser, the kind that will hit you with a jump scare then make you laugh with the jump scare. Featuring strong performances, writing and visuals, The Gift is a film you should unwrap as soon as possible.

'The Gift' is a Nasty Surprise
'The Gift' takes a standard premise and injects some nastiness, precision and a strong script.
Rating9
Pros
Cons
9Overall Score
Reader Rating: (1 Vote)
90%