The worst humanity has to offer.

There’s an extensive category of movies with killers that are “inspired by” real life serial killers. There’s no question that we’re fascinated by the monstrosity and sadism of these people. But popular culture tends to focus on certain killers – people like Charles Manson, Ted Bundy, and Ed Gein – even though the list of serial killers who were uniquely disturbing and brutal is really endless, especially if you look beyond the modern era.

Basically what I’m trying to say here is that certain killers are overrepresented in movies, even though there’s no lack of fascinating killers throughout history. So here’s my list of serial killers who were disturbing enough to warrant a cinematic treatment, but haven’t received a decent one yet, for whatever reason. Don’t be surprised if that changes in the near future! 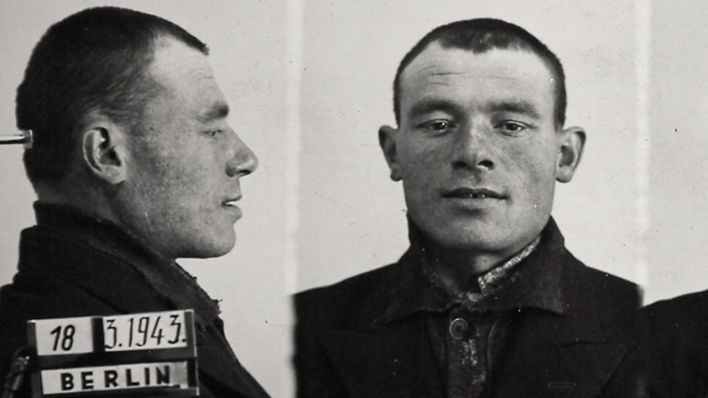 Bruno Ludke’s story has an interesting twist on the standard serial killer narrative. See, he was German, and allegedly active during the Third Reich.

When he was arrested in 1943, Nazi officials connected him to 51 murders, stretching back to 1928. Given that he was intellectually disabled however, many criminologists question whether he can have been able to evade capture for so long. The murders also don’t follow a modus operandi. Maybe his confessions were coerced?

In any case, he was sterilized under the Nazi eugenics policy, and later sent to a hospital in Vienna, where he was subjected to experimentation, and eventually died as a result.

I don’t know what to make of this case, but I do know it’s creepy as hell. Nazis and serial killers are a bizarre mix.

Colombian serial killer Luis Garavito, otherwise known simply as “The Beast”, is possibly the most prolific serial killer of all time. He has 138 confirmed victims, but the suspected count exceeds 300.

Garavito would target poor, often homeless children. He would lure them away with gifts or money to earn their trust, and then take them away for a walk. When they got tired, he would rape and torture them, cut their throats, and dismember their bodies.

When he was captured in 1999, the maximum sentence for a criminal was 30 years. Since he was cooperative with police, his sentence was reduced to 22 years – that means he should be due for release within a few years – and he’s only 58.

Since this story is more journalism than history, I understand why Hollywood might shy away from this story in the near future, out of sensitivity to the victims. His brutality is so extreme, and his body count is so high, that it’s hard to see him not inspiring some filmmaker eventually, though.

Elizabeth Báthory is actually pretty well-known, but for those who are unaware, she’s commonly known as the female counterpart to Vlad the Impaler (aka Count Dracula). She was a Hungarian countess who would lure the daughters of local peasants to her castle with offers of work, where should torture them to death. She later began to target the daughters of local gentry, however, and this is probably what lead to her capture and trial.

A common, almost certainly untrue myth about Báthory is that she would bath in the blood virgins to retain her youth.

See, the thing about Báthory’s case is that it’s hard to know how much of what we hear is true. There are some convincing theories that she was the victim of a conspiracy of enraged nobility. Some have even claimed that no murders were committed at all; while this is hard to believe, as there were about 300 witnesses testifying at her trial, it is likely that many of the “facts” of her case are exaggerated.

In any case, this leaves a lot of potential for a movie adaptation. You could go in a lot of directions with this, but I’d like to see a kind of realistic mystery, where a character tries to get at the truth and parse fact from fiction. 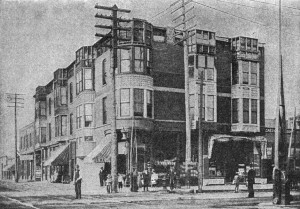 I’ll admit, I was inspired to write this article by today’s news that Martin Scorsese is developing an adaptation of The Devil in the White City, a nonfiction account of 19th-century serial killer H. H. Holmes. The lack of almost anything about Holmes in pop culture has always been kind of a mystery, because not only are the details of his case extraordinarily bizarre and nightmare-inducing, but he holds the honor of being the first person in the country to be recognized as a serial killer. (Whether he actually was the first is doubtful, but also impossible to know.)

Here’s the short story: shortly after moving to Chicago, Holmes purchased a lot and built a three-story, block-long hotel that was specifically designed to cover up his murders. He called it the “World’s Fair Hotel”, but it would eventually become better known as the “Murder Castle of Chicago”. The interior design of the hotel was a literal labyrinth, filled with windowless rooms, oddly angled hallways, and stairways and doors leading nowhere. Holmes would trap female employees, guests, and lovers in soundproof rooms and incinerate them with blowtorches, hang them, or asphyxiate them with gas.

The murder castle was designed to easily dispose of the bodies via a secret chute. In the basement, Holmes crafted skeleton models out of some of the bodies and sold them to medical schools.

His total body count is unknown, but might reach up to 200. How on earth is this guy not the most infamous serial killer in the US!?