A true story that could have been stranger.

A Kiss and a Promise is a 2012 movie about David Beck, a serial killer who runs a bed and breakfast with his wife in a quiet town in Ontario. It’s inspired by a true story, a fact I wasn’t aware of until the end, and which probably explains many (but not all) of the film’s story problems.

The movie introduces us to David’s seemingly mundane life. The first abberation from PG-ness is the revelation that the couple’s tenant, Charlie, is also David’s lover. At night, while David and his wife have sex, she gets off when he chokes her out; then he leaves to cuddle with Charlie. Later that night, he goes out “for a drive” and strangles a prostitute in a motel with his belt.

From then on, it just becomes a straightforward account of David’s murderous escapades, interwoven with scenes of the detectives on the case exchanging expository dialogue and scenes of tension between the trio at the bed and breakfast. There’s a subplot about Charlie’s delinquency and his mysterious way of earning money that feels completely arbitrary and unrelated for most of the film. It ends up somewhat tying in to the plot at the end, but it still feels totally unnecessary. 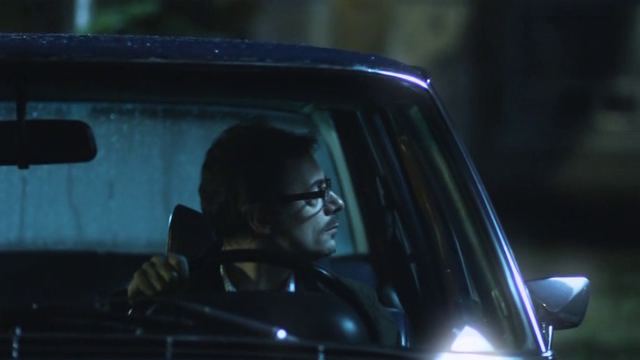 Basically, the story is too straightforward and too generic. David is exactly what we imagine a serial killer to be like. He has a mustache and subverted sexual desires and a seemingly normal exterior. The detectives are exactly as we imagine detectives to be like, and I’ve seen more engaging investigation plots on Law & Order.

And there are places where being generic has some unfortunate implications. Is the unconventional romantic situation, which is never depicted as anything but informed and consensual on all parties’ parts, supposed to be an indicator of something disturbing? And pretty much the only non-white character is a stereotype of a Middle-Eastern man running the motel where the prostitute was murdered, yelling at the police and concerned only with how this will be bad for business.

A Kiss and a Promise isn’t a terrible film. It’s decent, I guess. But I wouldn’t recommend it to to anyone, either. I wouldn’t have any reason to, because there’s just nothing special about it.