Marilyn Manson is really creepy as a hit-man.

If you’re not, like, 12, you probably remember Marilyn Manson as the real-life version of Bolivar from The Strain. Nowadays he’s been getting into acting, and you won’t believe how he looks in Let Me Make You A Martyr!

The film is currently raising money for post-production in a Kickstarter campaign, and looks good enough as a Southern Gothic-esque thriller that it doesn’t even need Manson to pique my interest.

Let Me Make You A Martyr explores the perversion of the American dream in a forgotten culture of middle America. This story documents the lives of two characters who have fallen victim to tragic circumstances, June and Drew Glass – two adopted siblings (from different parents) who have fallen in love. We experience their struggle to preserve that love from the evil that encompasses the world around them. Drew had gotten himself into a great deal of trouble with their adoptive father Larry, who is a murderous criminal with a short fuse. As a result, Drew had to skip town and his whereabouts have been unknown for 4 years. The story picks up when Drew returns to try to make sense of his tumultuous past and rekindle the love he once had – this is the premise of our story. The first scene begins in an interrogation room with a detective (Michael Potts). The events that lead Drew to the interrogation are recounted in a series of flash backs.

Let Me Make You A Martyr [Official Teaser] from iscariot films © on Vimeo. 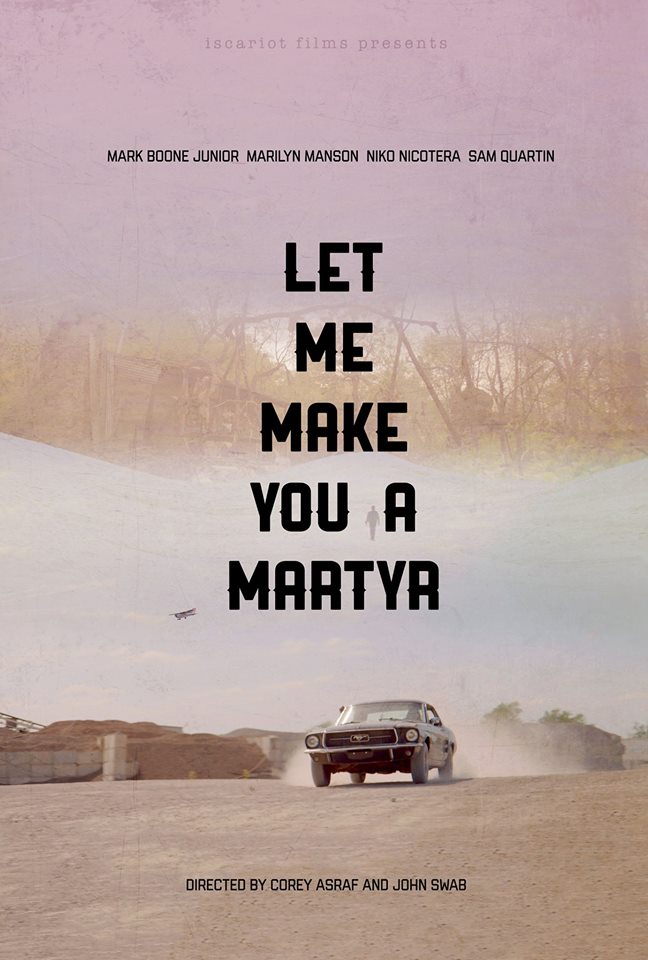