The remake is going forward after all.

After Relativity studios went bankrupt a few weeks ago, it looked like the remake of The Crow was probably dead. But at a panel hosted by ComicBook.com, creator James O’Barr was certain that was not the case. This is what he had to say:

It’s still very much a live property … The company, Pressman Films, that owns The Crow film and TV rights, licensed it to a studio named Relativity. And Relativity made like a hundred bad movies and lost money so now they’re in financial trouble. So the producers are just going to take it to another studio if Relativity can’t get backing again. It’s going to happen. I talked to Pressman Films a couple of weeks ago and they said within two or three weeks, we should have it placed at a new studio. Because the day Relativity announced that they were having financial problems, there were like a dozen other studios that called about getting The Crow property. it definitely will happen.

This seems obvious in retrospect. The Crow is too valuable a property – of course the remake was going to go forward anyway. It’s definitely interesting to get this kind of peek at the processes and rationale behind executives’ decision making, though. 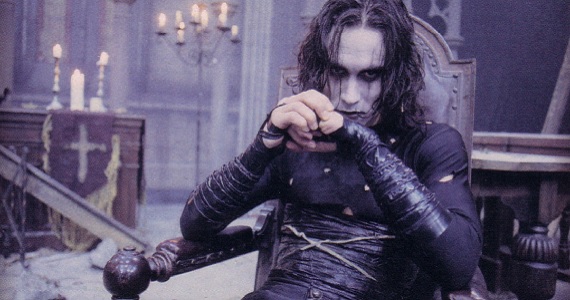