So this time on The Strain Eph finally arrives in DC and gets right down to business. He meets Robert, his friend in the State Department and easily convinces him to help. Robert introduces Eph to Lee Thomas, a woman who works for a pharmaceutical company who is not only easily convinced of the necessity of the drug, but who is quickly seduced by (or seduces?) Eph too.

Eph then talks to a National Guard general, who agrees to test the pathogen. It all goes very swimmingly, which is actually kind of refreshing for a show that is obsessed with depicting people too absorbed in self-interest to do the right thing.

And while it’s kind of fun to see a bald Eph in a suit – a very posh spy – doing his thing, the trouble is that the interest of this plot is mixed with a little too many laughable or outrageous elements. The initial romance between Eph and Lee is totally out of left field and arbitrary. After its inception it starts to become more interesting, but then Lee is killed off, and you realize just how little the narrative cared about this character.

Still, overall, it’s refreshing to get a different genre vibe from at least half the episode. And I can’t deny that the scene with the hit man was both welcome and a little surprising. 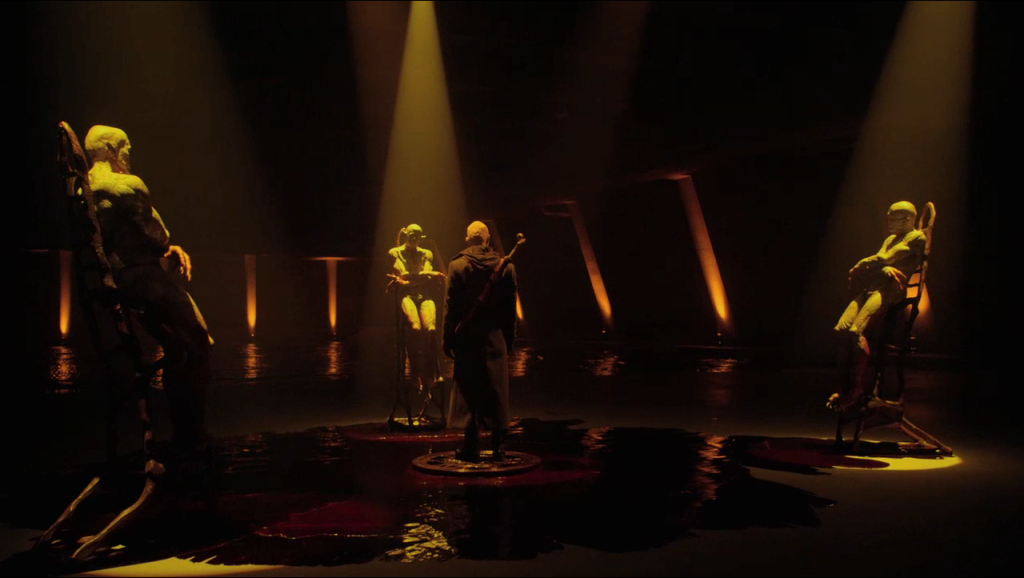 The subplot back in New York is much more transparent for the filler it is. Nora and Zach go out in the city for clothes, I guess? And for some reason they stay out late enough that the sun is down when they’re getting back. Nora is not supposed to be stupid, but that is some really dim-witted behavior.

Kelly and her spider kids attack them, and they bunker down in a church. Nora calls for backup from Setrakian, Fet, and Fitzwilliam (a new addition), and they arrive really fast. Were they a block away?

I’ll admit there were aspects of this church sequence that I enjoyed. The church makes for a good setting for this kind of action, which mixes a chase with fighting.

At the conclusion, Kelly is driven off, but not before Fitzwilliam is stung, forcing Setrakian to decapitate him. Yet again, this exposes just how little the show actually cared about this character. If he was there for anything other than the plot convenience of delivering Eldritch Palmer’s plans (or whatever it was that he brought), he wouldn’t have died. But no, his usefulness was up – time to die.

The best thing I can say about this episode is that it was missing a lot of unnecessary, boring elements, like any scenes with Palmer and an oblivious Coucou Marchand. And, what a coincidence, the episode was actually more or less an hour long! It’s almost as if all of the episodes could have been an hour long if they didn’t devote so much time to pointless, boring shit.

The throwaway, non-directly related moments that were there were actually enjoyable, like the Master’s body-transferring scene, and the scene where this new vampire with the bone-sword talks to the Ancients. The latter scene was actually kind of awkward, since the Ancients don’t actually speak and it sounds like Bone Vamp is talking to himself, but Bone Vamp is so unspeakably cool that it’s still okay.

In conclusion: it’s a mixed bag. The Strain is spinning its wheels and has been for too long, but it avoided some other common pitfalls, too. I suppose that makes for a mediocre episode: not bad, but not good.