Yet another reason to go to the Toronto International Film Festival 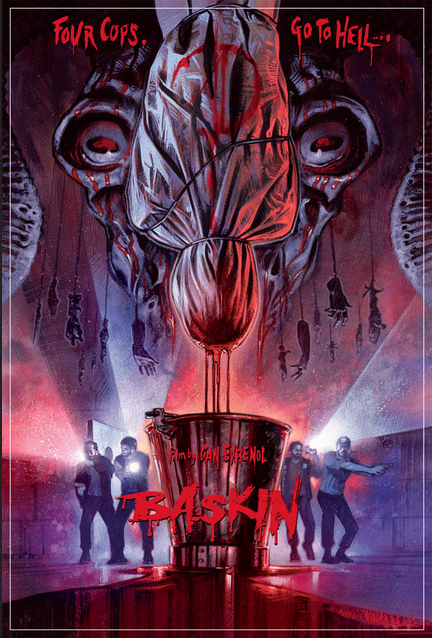 Turkish director Can Evrenol’s debut feature film, Baskin, will have its premiere screening at the Toronto International Film Festival this year, on the 11th of September.  After many risky night shoots in Istanbul during the height of the infamous Gezi resistance and associated police brutality, Evrenol managed to finish his film and get it accepted into TIFF.  Baskin, which began as a short, is a horror film:

The film follows five cops working the graveyard shift who get called out to the middle of nowhere to investigate a disturbance. Sans backup, the policemen end up in a labyrinthine ruin that conceals the blood soaked den of a group of terrifying cultists that plunges them into a bloody world of violent madness.

Horror seems to be Can Evrenol’s genre of choice.  He has written and directed seven other short horror films, plus a gross and offensive PSA for the “Turn Off Your Bloody Phone” festival campaign in 2012.  One of his short films is called Sandik– it is 6 minutes of confusing violence and gore.  Judging from the trailer, though, Baskin will be a bit more sophisticated than Sandik.