Sticking to the spirit of Italian cannibal films such as Cannibal Holocaust, Eli Roth’s The Green Inferno has gotten an Italian poster to match its inspiration.

The Green Inferno, which hits theatres on September 25th, “follows a group of student activists who from New York City travel to the Amazon to protect a dying tribe, but crash in the jungle and are taken hostage by the very natives they saved.” 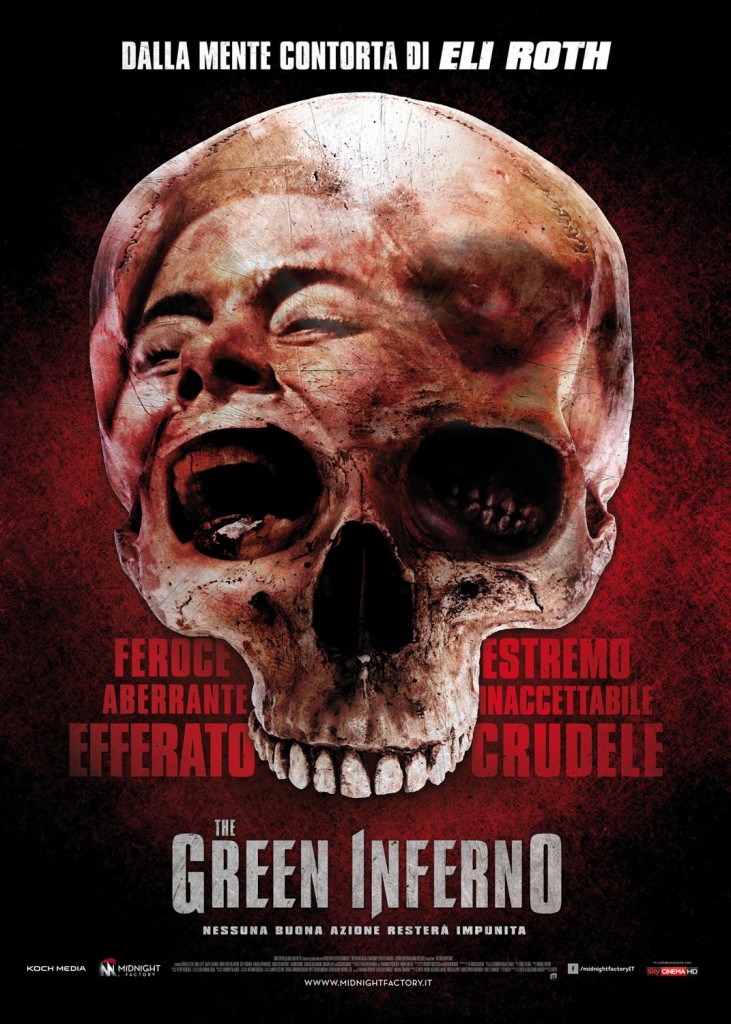 The film, which at one time was peitioned to be banned, was given this review at the Toronto International Film Festival in Sep. 2013 stating that it “resurrects the cannibal subgenre in all its depraved glory!”