Blood Is Thicker Than Water 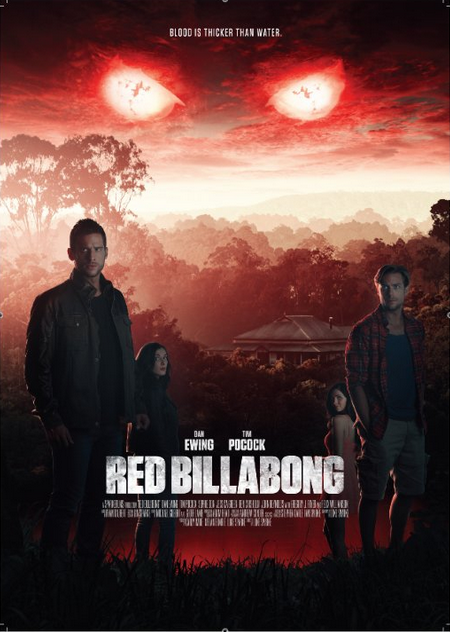 There’s a new Australian horror movie in our future.  Luke Sparke’s new creature feature from down under is titled Red Billabong and stars Jessica Green, Sophie Don, Tim Pocock, and Dan Ewing.  A trailer has been released, and the Australia-wide release has been set for sometime this year.  Other information about this new film, like early reviews, festival appearances, etc, is not yet available, but the production team was kind enough to post an official summary on the film’s IMDb page:

In the Australian Outback, two brothers discover old secrets and family lies. As their friends start to go missing they fear they are being stalked by someone or something from their worst nightmares – But is it just – A story? A legend? A hoax? Or is it real?

I also found a 2014 interview with Sparke about Red Billabong, in which he states,

I looked at Australian myths and Australian legends, how they relate back to aboriginal times and how I could relate that into an interesting movie for modern day audiences…I wanted to tell something that’s new and not retell something that’s been told before. It’s something that people have yet to see on the screen. It’s supernatural action and we play up the mythology part of the story toward the end of the film.

For those of you reading this, vaguely recognizing the word “billabong” and wondering “what’s so scary about a surf-centered clothing line?”, a billabong, also known as a oxbow river, is a pond formed when a river changes course, after which a dead end is formed, leaving the pond isolated.  In Australia, billabongs are often seasonal: they are dry most of the year, and fill up with the current.

Sparke noted that he was influenced by Australian mythology when he was writing Red Billabong.  If you’re a mythology enthusiast like I am, you may have immediately thought of the legendary bunyip: the malevolent and carnivorous water creature that is said to lurk in riverbeds, creeks, and– you guessed it– billabongs. 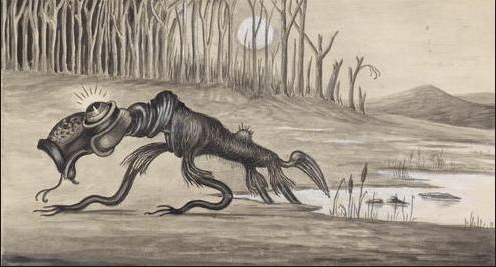 I’m not saying that the monster haunting the characters in Red Billabong is definitely a bunyip; I’m just saying that there is a strong possibility that it is.  But who knows? Maybe Sparke created an entirely original monster.  That would be cool too.