Question: what kind of bear is best? 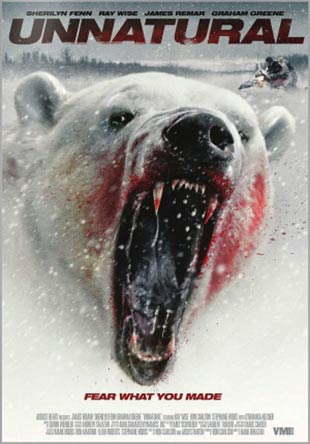 The answer, of course, is the genetically modified kind.  In the upcoming creature feature Unnatural, a group of corporate scientists genetically alter bears in a remote area of Alaska to help them adapt to global warming.  The result: bigger, faster, and more aggressive bears that are out for blood.