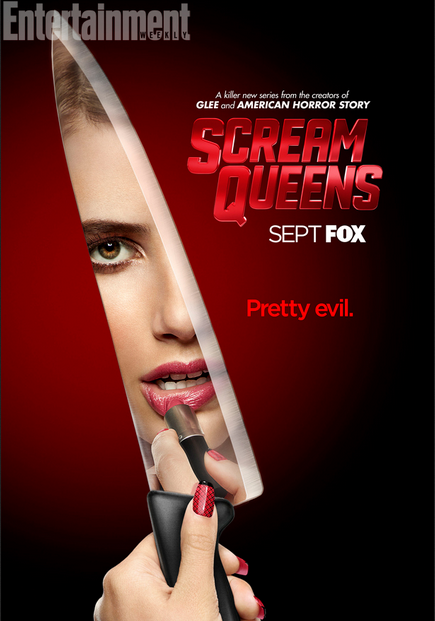 The episode’s teaser features a party in a popular sorority house (Kappa Kappa Tau) on a college campus. The year is 1995.  A girl slowly walks through the party with blood-coated hands.  She leads her friends/sorority sisters upstairs to find that one of their pledges has just given birth in a bathtub.  “This is so embarrassing.  I didn’t even know I was pregnant,” the pledge says, “I thought it was just the freshman 15.”  While the upperclassmen sisters try to figure out how to get the girl out of the house without anyone seeing her “all gross and postpartum,” the pledge dies.

The teaser ends and now we’re back in the sorority house with a new generation of sorority sisters.  The Queen of the Kappas, the president of the house, is Chanel Oberlin– a narcissistic, Machiavellian, and possibly sociopathic young woman who is waited upon hand and foot by her “minions” who she has renamed “Chanel #2”, “Chanel #3”, and “Chanel #5.”  There used to be a “Chanel #4,” but she got meningitis and died.  In the first ten minutes of the show, Chanel explains, through a voice over, that life is a class system and in a sorority you get to choose the people with whom you associate.  She then taunts the house’s maid, Ms Bean, and calls her “White Mammy.” 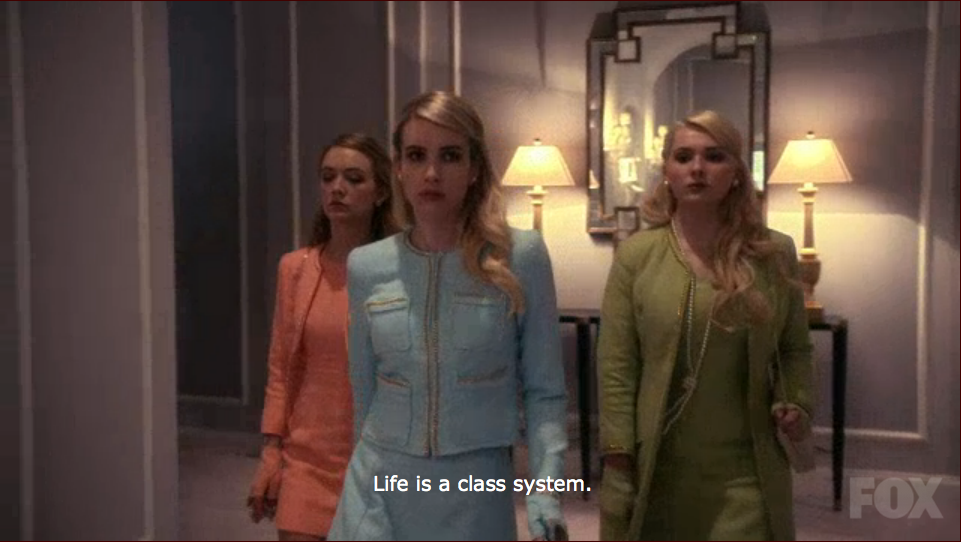 Chanel is summoned to the dean’s office where she verbally spars with Dean Cathy Munsch, who hates both sororities and Chanel.  A flashback in which the death of Chanel’s predecessor is seen.  The former president of Kappa was as emotionally abusive as Chanel is, and died when her spray-tan fluid was mysteriously replaced with hydrofluoric acid. 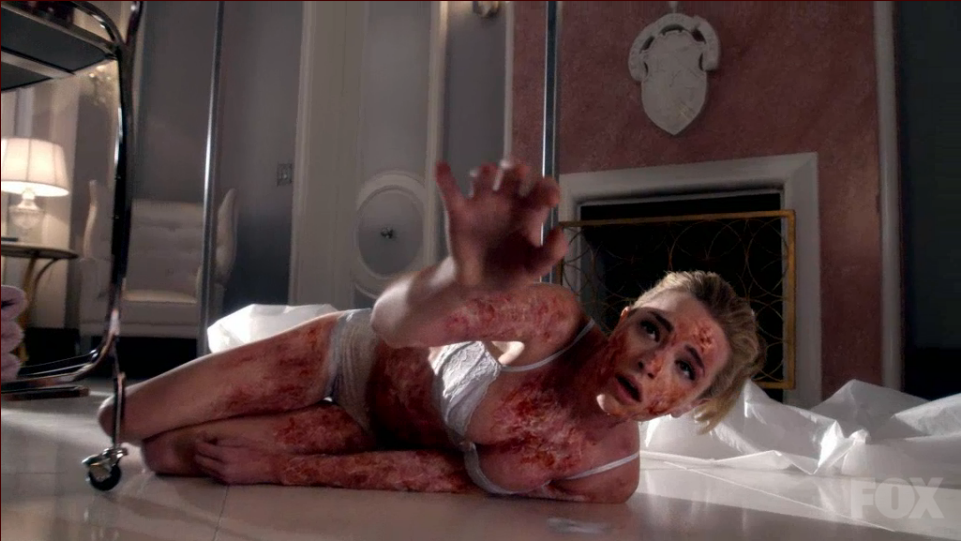 Scream Queens had a two hour premiere, so from here, I’ll just give you the relevant plots points:

– A former Kappa/ Kappa’s lawyer, Gigi, and Dean Munsch dictates that Kappa must accept everyone who wants to pledge, causing all of the popular hopefuls to leave the first party, and leaving all of the “losers” including our protagonist Grace, her Black roommate Zayday, a partially Deaf, Taylor Swift-obsessed girl, a hopeful with a morbid obsession and a neck brace, a predatory lesbian, and an unattractive sophomore “candle vlogger”.

– Chanel #2 is murdered by a someone in a devil costume (the Red Devil).  This is the best scene in the episode.

– Grace meets a new love interest who once had a crush on Chanel, who purposefully led him on to reject and humiliate him.

– Chanel’s boyfriend breaks up with her because she is no longer popular.

– The Deaf pledge is decapitated by the Red Devil.

– The corpses of Ms Bean and Chanel #2 mysteriously disappear.

– Kappa House gets a less-than-competent security guard.  When she is supposed to be watching the house, the Red Devil kills her friend.

Scream Queens has been marketed and described as a comedy-horror, but it’s definitely more of a comedy with some horror-elements.  It is irreverent, humorous (at times), and can be interpreted as a scathing commentary on Greek life, the digital age, and college culture, as well as a satirical look at “millennials” and the horror genre.  All of the characters in Scream Queens are tropes: the sociopathic mean girl sorority sister, the bro-y frat guys, the Sassy Black Women, the “misandrist” lesbian feminist, and the predatory gay fraternity brother.   All of these tropes can be found in 90’s teen movies, horror films, and horror parodies.  The framework for these characters, and the show as a whole, has been laid out for the creators, so they don’t have to create something, or anything, new.  As one of the characters aptly puts it, no one is going to watch something that hasn’t already been made. 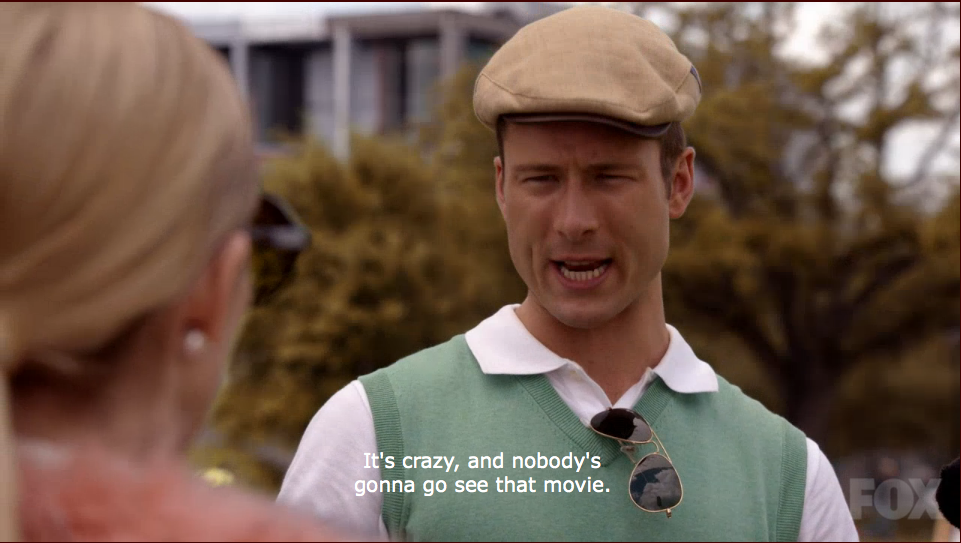 At its core, Scream Queens is a genre parody, in the same vein as the Scary Movie franchise.  It’s nothing new, nothing groundbreaking, and it relies on a cast of celebrities saying ridiculous things and committing horrible acts.  It’s entertaining, but I’m more excited about Ryan Murphy’s other TV series. 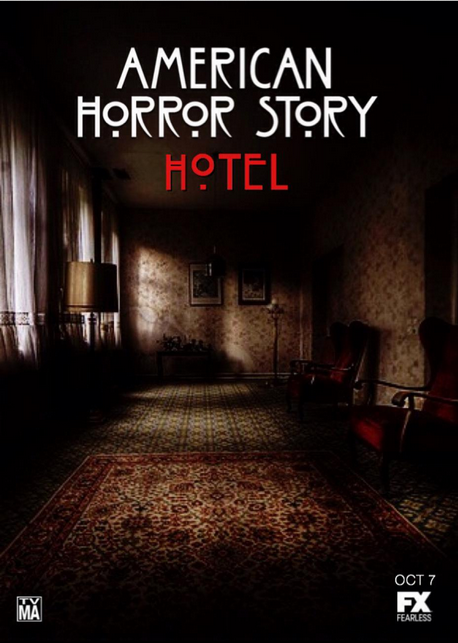