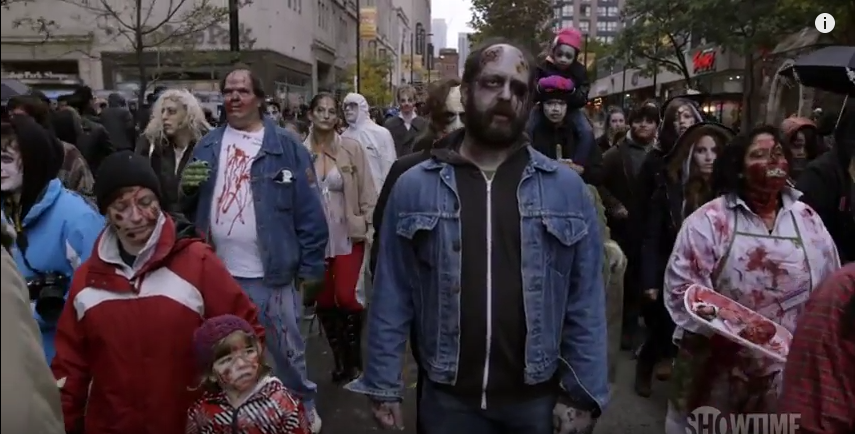 Tal Zimerman is an actor, writer, and filmmaker from Canada. He writes horror movie reviews, collects memorabilia, and according to his Twitter profile, dabbles in comedy.  His latest project is a documentary.

Why Horror? is an examination of the horror genre that seems to cover every aspect: the beginning of horror (as we know it), the rise of its popularity, and the effects it has on the world. It even features interviews with masters of the genre, such as George A. Romero, John Carpenter, and Eli Roth.   Why Horror? is a:

[d]ocumentary following horror fan Tal Zimerman as he travels around the world to understand why people thrive on blood and gore, and meets with the genre’s leading filmmakers, writers, actors and psychologists to discover how horror is portrayed in different cultures.

Showtime produced the film and will air it on Friday, October 30th.  The trailer, below, displays promising footage and snippets of interviews from the aforementioned directors.  I know what I’m doing that Friday.  Do you?