I would write something to mock these people, but they’re doing a fine job of self-mockery. 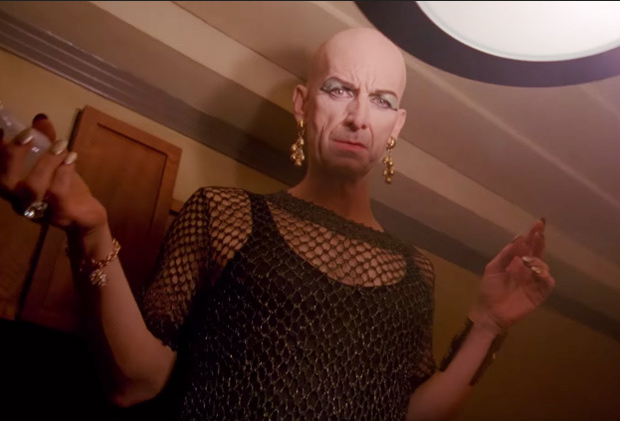 The Internet is shaking with laughter at this latest display of helicopter parenting, social conservatism, and general silliness. According to The Hollywood Reporter and Vanity Fair, the watchdog group Parents Television Council is angry and lashing out at Ryan Murphy. Their reason? The violent smut-fests that are American Horror Story and Scream Queens.

PTC, which previously complained about indecent language and dialogue about sex in Gilmore Girls, is particularly perturbed by the advertisers attached to these programs, including Subway and McDonald’s, and say that they want the advertisers to spend their money more responsibly- like aiming commercials advertising unhealthy, borderline toxic fast food to children and using songs, cartoons, and clownish characters to further sell their products.

The president of the organization, Tim Winter, complained about American Horror Story‘s “unbelievably explicit combination of sex and violence” (referring to blood-soaked foursome in the premiere of Hotel). “This is the most vile and shocking content I’ve ever seen on TV. Ever. Most Americans have no idea this is prime time fare on advertiser supported basic cable. And everyone is paying for it as part of their program bundle.”  During American Horror Story: Asylum, PTC complained about “anti-Catholic and anti-Christian imagery and bigotry.” In reference to Scream Queens, Winter wrote, “The program features graphic decapitations and discussions of necrophilia in the family hour…all sponsored by McDonalds.”

Does no one else regularly discuss necrophilia and decapitation with their family?

On a more serious note, Scream Queens is rated TV14 and American Horror Story was given an appropriate rating of TVMA. In fact, the TVMA rating, and various warnings about the program, are displayed prominently before each segment of AHS. The issue is not evil television executives and directors trying to corrupt the youth of America; the issue is sanctiparents who seem to be more occupied with loudly complaining about the content in the media, than they are with controlling what their own children watch.

Murphy and the producers and executives that make shows like American Horror Story and Scream Queens possible have already taken the responsible steps of adhering to the proper ratings.  And in the case of American Horror Story, airing the show at 10 o’clock at night- a time that is typically too late for children to be awake and watching television.  Furthermore, companies like Subway and McDonalds are free to choose when and where they advertise their products, even if they don’t have everyone’s enthusiastic approval.  And while I wouldn’t deny the fact that American Horror Story is violent and gory, I would never go so far as to assert that it’s the most vile show on the air, like the Parents Television Council have stated.

I like to think that that label is better suited for The 700 Club.