Start off the new year with a murder. 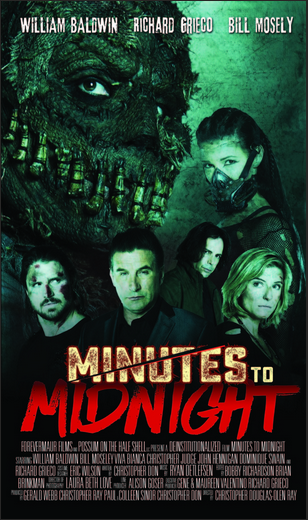 Horror movies and holidays seem to go hand-in-hand.  There are scary films revolving around Halloween, Friday the 13th, Thanksgiving, April Fool’s Day, Christmas…the list goes on and on.  Not even New Year’s Eve can escape the horror treatment.

Christopher Ray‘s new film Minutes to Midnight puts a deadly spin on New Year’s Eve.  Written by Victoria Dadi and Christopher M. Don, this slasher is about murder, mayhem, and a masked madman:

The film’s central plot begins with a group of seven friends. They have no idea of the dangers that lurk near their small ski lodge. They hope to have an exciting and enjoyable time on New Year’s Eve. But, a local legend is emerging from the underbrush. Someone knows about this killer’s past and these seven friends must discover more about this hunter, before they face his brutal blade.