From Creepypasta to the Silver Screen 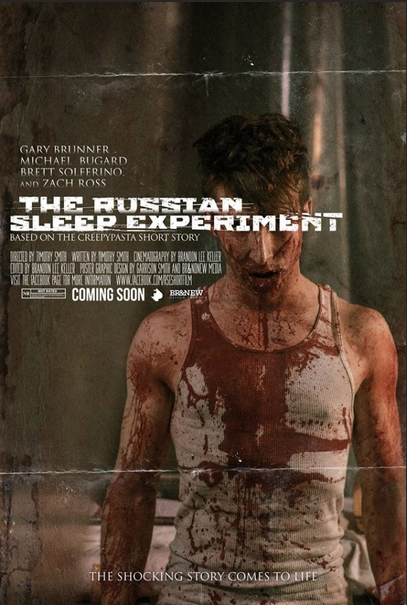 I’m almost positive that all of you, at some point or another, have visited a creepypasta forum.  At the very least, you’ve heard of creepypasta– it’s the home of cyber legends such as Slenderman, Jeff the Killer, and, of course, “The Russian Sleep Experiment”.

“The Russian Sleep Experiment” is a “true story” account of an experiment performed on a group of five political prisoners in the 1940s.  According to the story, the prisoners were kept in a room for fifteen days and forced to inhale a gas that prevented them from falling asleep.  The subjects went insane and engaged in extreme acts of self-mutilation.  “The Russian Sleep Experiment” is perhaps one of the most well known creepypasta stories, so it’s only natural that someone would want to make a film adaption of it.

Written and directed by Timothy Smith, The Russian Sleep Experiment is now a short film that is currently making its way along the film festival circuit.  It stars Michael Alexander, Michael Bugard, Gary Brunner, Michael Stephen Bryant, Zachary Ross, and Brett Solferino.  Check out the official trailer below: