This is the girl.

David Lynch is one creepy mofo. His films are inexplicable, surrealist, bizarre, haunting, and nighmarish. I saw Mulholland Dr. for the first time in 2011 and it gave me nightmares for a week. It was the first Lynch movie I had seen, and I only cared to look out for it because of Naomi Watts. The film is a puzzle, with elements of indecipherable horror. But is it a “horror film?”

Two-time Oscar nominee Naomi Watts stars as Betty, a naive young actress who travels to LA from Canada to make it as a star. She goes to her aunt’s house where she finds a beautiful, enigmatic amnesiac, who gives her name as Rita (Laura Elena Harring). Meanwhile, a hotshot director Adam Kesher (Justin Theroux) finds his life and career falling apart.

Mulholland Dr.‘s most famous sequence is the scene at Winky’s, where a young man and his friend go behind the diner to see if there is a horrific bum. The scene is executed with blinding suspense and dread. There are a lot of scenes that are scary or at least really alarming–the Club Silencio, investigating “Diane’s” apartment. But the film is also pretty funny, with the clumsy hitman and the scene where Adam discovers his wife’s affair mostly played for laughs. Mulholland Dr. is hard to define, partly because of its odd structure and dream logic.

For me, the true horror of Mulholland Dr. comes from its impenetrable story. The film is open to so many interpretations, with clues, symbols, motifs, repeated lines, and actors playing two roles. I’ve seen it since the first time, even now my mind races trying to make sense of it all. But it’s an impossible story, a film that feels like an endless loop of dreams, nightmares, love, and depression. 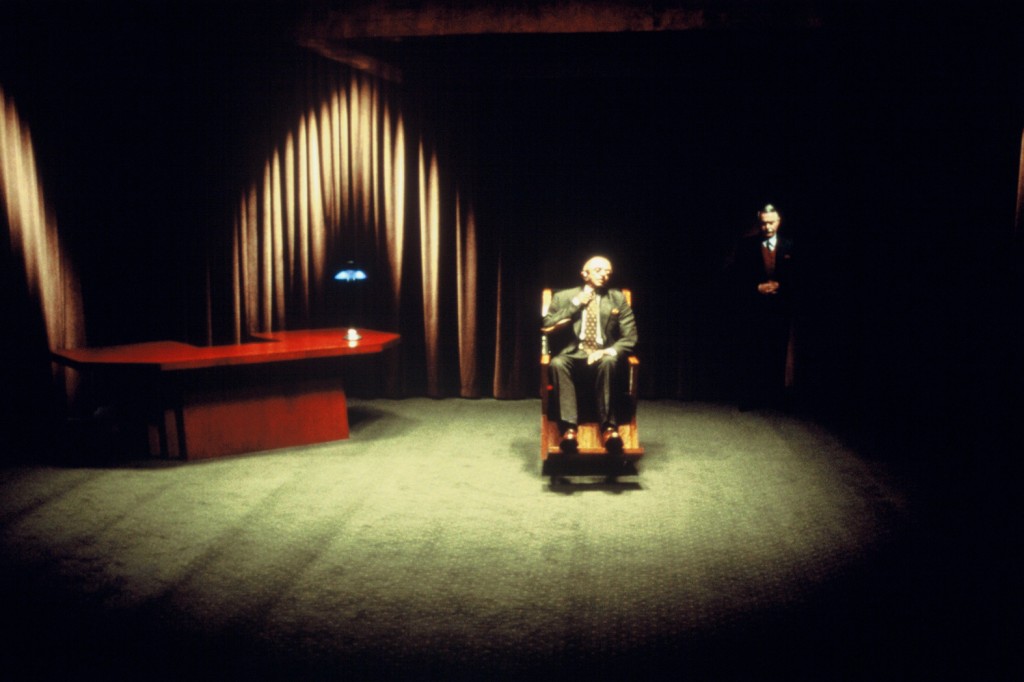 Lynch’s film makes you feel trapped, the first two-thirds of the film are interminable in the way some dreams are. The mystery keeps going, potentially building to a stunning finale. There are no real reveals; each piece leads to another piece, which leads to another piece. The mystery and the horror is leading somewhere, but…where? Lynch executes this film like an unending nightmare–it’s loopy, bizarre, puzzling, and seductive.

Then the whopper of a twist comes, one that breaks what I consider the rule for a good twist (inevitable, not totally shocking) but manages to color the film before it without undoing it. The horror that Naomi Watts’ character(s) face is something as inescapable as a bum behind a diner. It’s a constant reminder of your own failure and unrequited longing, a jealousy/envy/possessiveness that turned violent and all-consuming. Watching someone’s life crumble so wholly is just as terrifying as ghosts or killers or ghost-killers.

The film has many nods to old Hollywood, especially the work of Alfred Hitchcock and Billy Wilder. Lynch cast several old Hollywood veterans, including the “too darn hot” Ann Miller, in key supporting roles. His vision of Hollywood is that of a place with broken dreams, secrets, and a rotting core. As the Village Voice said, Mulholland Dr. is a “poisonous valentine to Hollywood.” 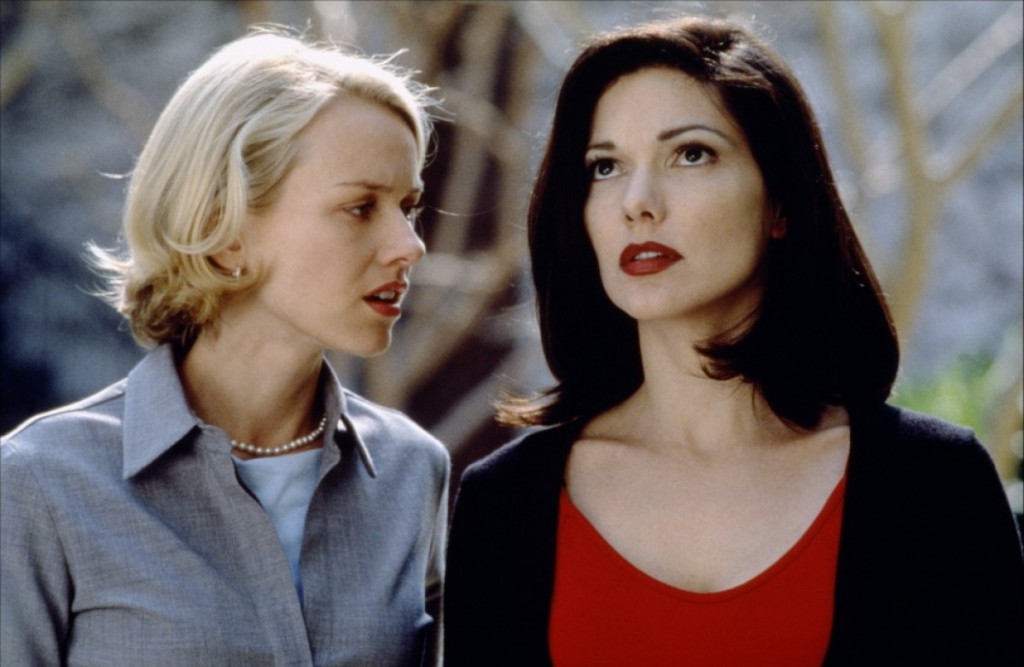 My main issue with Mulholland Dr. is that it both begs for and repels the idea of repeat watching. Sure, many fans have seen it multiple times, trying to break down the mystery. They are helped somewhat by David Lynch’s own cryptic clues. But for me, this is a world I’m not so keen on reentering time and time again. Mulholland Dr. is an exhausting film, much more than Blue Velvet and obviously The Straight Story. There’s a reason I haven’t braced myself for Inland Empire yet. I just don’t think my psyche could handle it.

Mulholland Dr. definitely has its legions of fans. Its Criterion Collection blu-ray release last month was celebrated by many. I know that because every month when Criterion would announce its upcoming releases, a lot of people were asking (actually, demanding) for this film. Visually, this is a film that completely deserves its upgraded special edition and its place in cinema history. It’s a terrific film, a true one-of-its-kind. While some may not classify it as a horror film, for me that’s what it is. Just a different kind of horror.