Trust your nurse. Face your fears. Take your medicine. 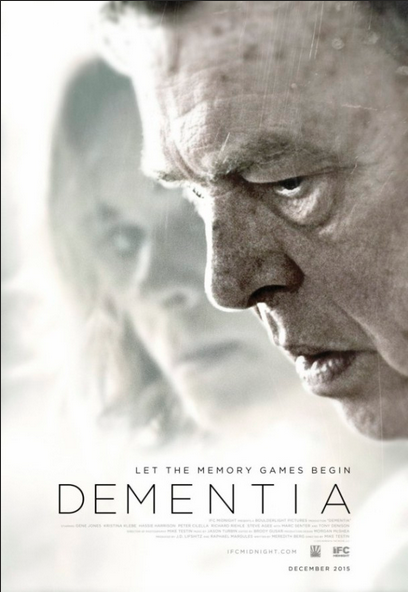 IFC Midnight’s upcoming psychological thriller Dementia looks absolutely brutal.  Written by Meredith Berg and directed by Mike Testin, the film appears to be a terrifying reminder that background checks and a good judge of character are not to be taken lightly.  Dementia may also bring attention to instances of medical abuse, particularly towards mentally ill adults.

A disabled war veteran is in bad hands when his family hires the live in nurse from hell in this intense psychological shocker. George is an aging ex-soldier haunted by memories of Vietnam and struggling to reconnect with his estranged son and granddaughter. But when he suffers a stroke and is diagnosed with dementia, George is left in the care of Michelle, a seemingly sweet nurse with a disturbing dark side. At the mercy of a psychopath with a hypodermic needle, George becomes a prisoner in his own home, caught in a sadistic game of cat and mouse as brutal as anything he experienced in Vietnam. In his feature debut, director Mike Testin masterfully keeps the tension mounting—until it explodes in delirious violence.

Dementia stars Gene Jones, Kristina Klebe, Hassie Harrison, Peter Cilella, and Richard Riehle.  A trailer has been released and a premiere date has been set for December 4th of this year.