On a scale of one to worst idea ever… 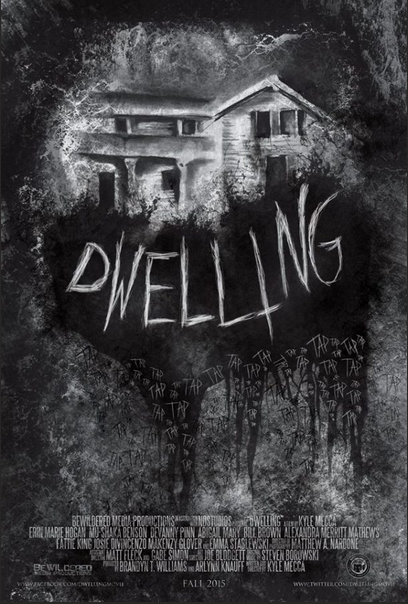 Love them or hate them, haunted house films are always going to be a part of our horror experience.  Typically, the stories follow the same vein: a family moves into an old house, something seems off about their new home, they ignore it, one of their kids is either severely injured or becomes possessed, and the family has to call a medium to sort everything out.

Kyle Mecca’s upcoming film Dwelling puts an entirely different spin on the old story.  The movie is about

a young woman, Ellie, who deliberately buys a haunted house in attempt to make contact with the spirit world. Driven by a horrific experience in her past involving her sister, River, Ellie is willing to put herself and family at risk to seek the truth. In doing so, Ellie releases a soul that is more malevolent and terrifying than she could ever imagine. Something dwells in the house called Amara…and it wants to get out.

Dwelling stars Erin Marie Hogan, Mu-Shaka Benson, and Devanny Pinn.  No information about a release date is available at this time, but a trailer has been dropped.