But mostly a new trailer and poster. 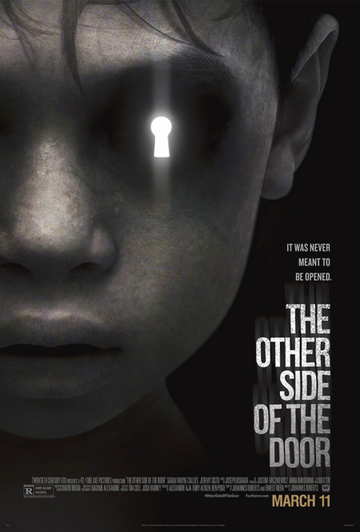 Have you heard of British writer/directer Johannes Roberts? He’s been swimming in the indie pool since the early 2000’s, making small ripples with films like The Expelled, Forest of the Damned, and Storage 24.  But now, he’s taking a leap off the high dive into the well of studio features with his upcoming movie The Other Side of The Door.

Grieving over the loss of her son, a mother struggles with her feelings for her daughter and her husband. She seeks out a ritual that allows her say goodbye to her dead child, opening the veil between the world of the dead and the living. Her daughter becomes the focus of terror. She must now protect against the evil that was once her beloved son.

The Other Side of The Door is due for release on March 11, 2016.  The trailer (here) promises frightening cinematography, creepy children, and ghostly entities.  Check it out!