Ah, Thanksgiving.  A time traditionally filled with family, friends, and side-eyeing your old high school classmates at the local bar.  With a holiday as wholesome as this, it’s hard to imagine that anyone could formulate a horror movie about it.  However, filmmaker Jordan Downey managed to do just that with his magnum opus ThanksKilling.

Co-written by Bradly Schulz, Kevin Stewart, Anthony Wilson, and Grant Yaffee, ThanksKilling tells the harrowing tale of a group of friends who find themselves terrorized by a demonic turkey when they head home from college for Thanksgiving break.  According to the mythology of the film, the turkey is the product of a Native American shaman who, after being disgraced by a pilgrim during the first Thanksgiving, vowed to get revenge on all people of European descent.  The turkey manages to slaughter parents, four out of five friends, and, most tragically, a dog, before finally being vanquished by the Final Girl. 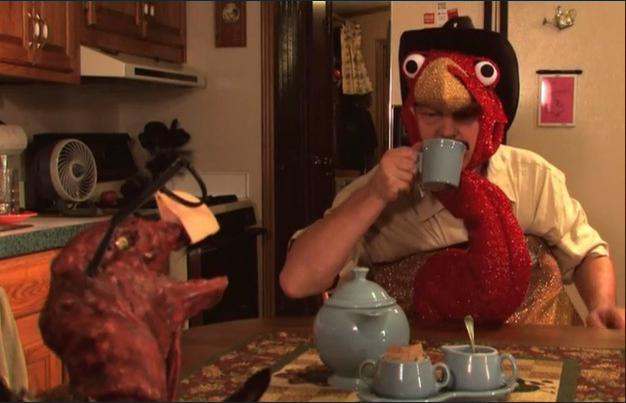 The film stars Natasha Cordova, Lindsey Anderson, Lance Predmore, Aaron Ringhiser-Carlson, Ryan E. Francis, and General Bastard, and even boasts an appearance by acclaimed pornography actress Wanda Lust.  ThanksKilling was shot in a mere eleven days, which is surprising given the superior levels of special effects, puppetry, and cinematography.  Even more shocking is the fact that the budget for the film was only a few hundred dollars. 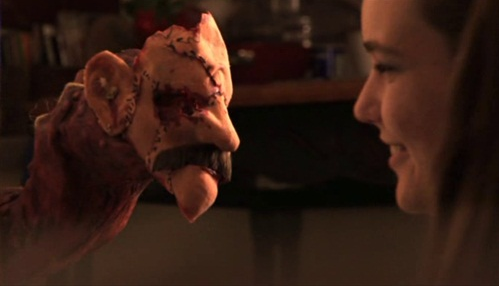 The actors’ performances were nothing short of stellar, and the dialogue is witty, thought-provoking, and absolutely poetic.  Some choice lines in the film include “You know, in a way, I’m glad this happened.  I may have lost my parents, but I gained a girlfriend” and the opening line of “Nice tits, bitch.”

On a more academic note, ThanksKilling challenges many societal conventions about gender, class, and sexuality, as well as opens a dialogue about the ongoing struggles of colonialism, violence, and racism in the United States.  The crass antagonist (the turkey) not only delivers profanity-laden quips, but also exists to raise questions about the ongoing tradition of Thanksgiving.  Namely, considering the Pilgrim’s genocidal legacy, should we continue to uphold such a tradition?

All in all, ThanksKilling is a holiday movie that, much like the classic Christmas film It’s A Wonderful Life, should be shared with the entire family.  You can stream it on Hulu as well as buy the DVD on Amazon.  Check out the trailer below!