The mythology of Krampus has spread through the pop culture landscape in the past few years. So a mainstream horror/comedy about the anti-Santy seemed like a groanworthy cash-in on an online fad. But in the hands of horror/comedy cult figure Michael Dougherty (Trick’r’Treat), the film looked promising. The cast features a reliable bunch of character actors: Adam Scott (Parks and Recreation), Toni Collette (Little Miss Sunshine), David Koechner (Anchorman: The Legend of Ron Burgundy), and Alison Tolman (Fargo). Written and directed by Dougherty, the film promises a new cult classic in the making.

Max (Emjay Anthony, Chef) is a troubled young kid desperate to make Christmas wholesome and harmonious like it was when he was younger. His parents Sarah (Collette) and Tom (Scott) and his sister Beth (Stefania Owen, The Carrie Diaries) are stressed and busy. When their obnoxious relatives come to visit, headed by Linda (Tolman) and Howard (Koechner), and rude Aunt Dorothy (Conchata Ferrell, Two and a Half Men), Max explodes and rips up his letter to Santa. Then the lights go out, and the family starts getting picked off one by one. Only Grandma (Krista Stadler) seems to know what’s going on: Krampus is here. 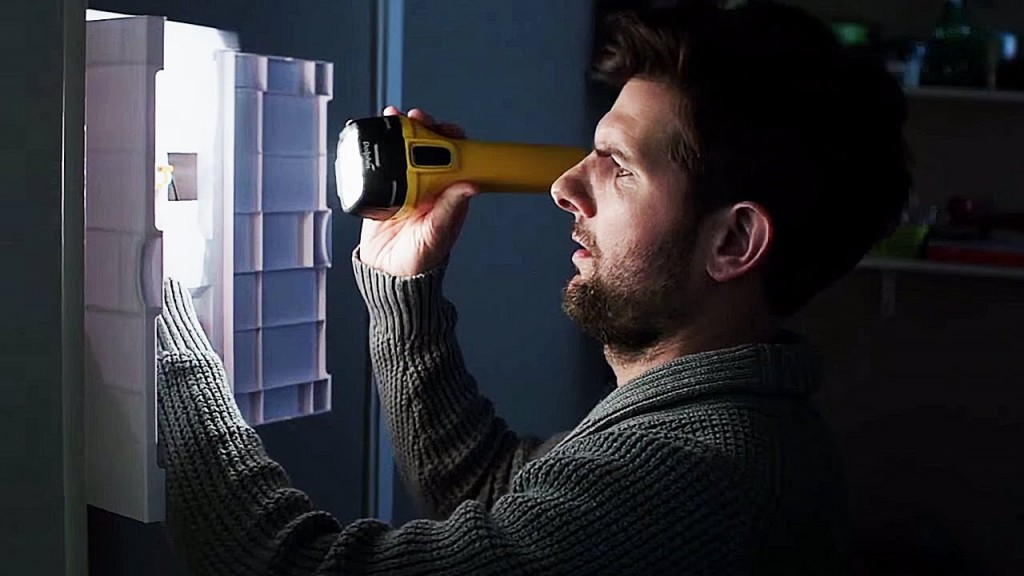 The film is tight and overall quite solid. Dougherty packs in a number of solid scars, mixed with great sight sags and one-liners. Krampus gives us menacing elves, murderous gingerbread man cookies, and a people eating monster. The movie does tread the standard “true meaning of Christmas” theme. However, the script and execution are ironic enough to give the film a satirical or parodic vibe. The tone is delightfully over the top, and the scares are effective. The movie won’t terrify, but the thrill scenes are fun and energetic.

The special and practical effects are really well done. The creatures look awesome. They have whimsy to look like North Pole type figures, but with enough detail to look scary and threatening. I don’t know the budget, but it can’t be very large, and so the effects look good enough. The murderous gingerbread man cookies were my favorite, because they were so adorably violent and terrifying.

The film features a small stop motion animated sequence that’s a bit out of place. It’s a little too serious, as if the filmmakers forgot what kind of movie they were making.I appreciate the effort to tie the themes into something more serious. And this particular part of the film is beautifully done. But ultimately it’s unnecessary.  At 98 minutes, Krampus does run a little long (but only by like 3 minutes). 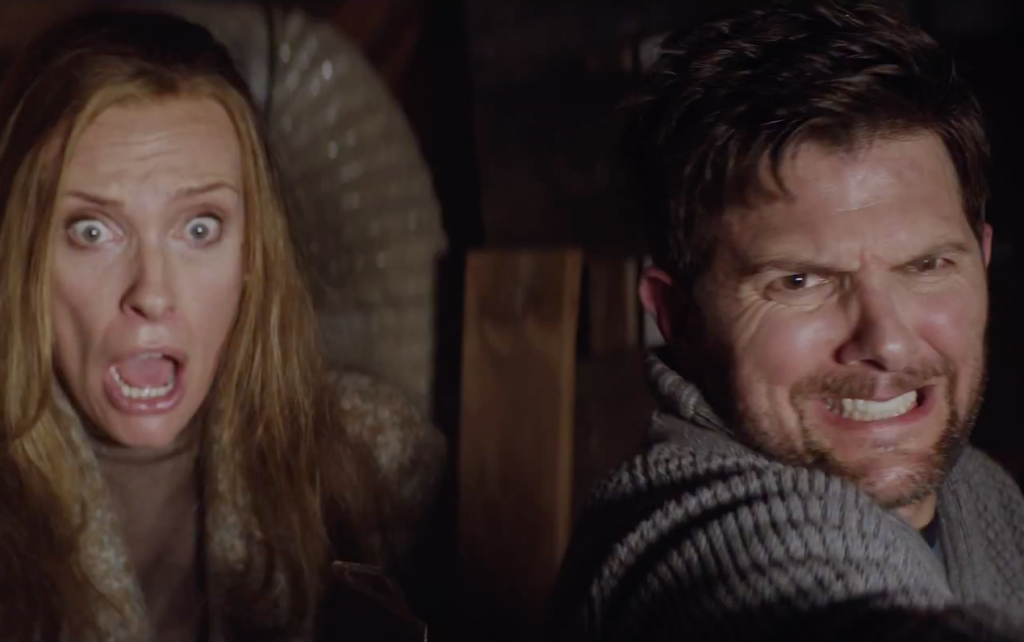 The cast involved is pretty great. Scott, Collette, Koechner, and Tolman add some credibility to the show, making their characters humorous and human. By having a cast with actors who are both good in drama and comedy, the film manages to bring some empathy even in this over the top setting. The kids are typical child actors–they ham it up and act precociously insufferable. Conchata Ferrell has some fun zingers, but sticks to the “rude old lady” cliche.

Krampus is a thrilling exercise in noel-time horror. By taking a more nuanced approach to the now meme-worthy mythical creature, the film manages some effective scares and poignant themes of devalued Christmas. Featuring a crackerjack main cast, the film has potential to become a cult classic for midnight movie fans. I had a helluva good time with Krampus, a gift worth unwrapping even at your peril.