Where hope goes to die. 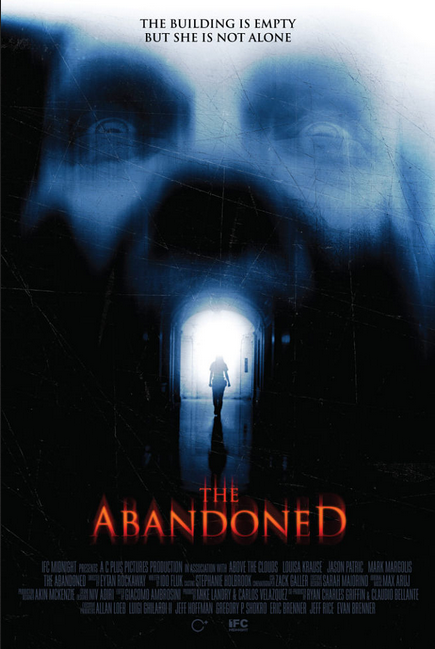 Jason Patric (The Lost Boys) is in a new horror film and it looks incredibly scary.  The Abandoned was directed by Eytan Rockaway and co-written by Ido Fluk, and adds a fresh twist to the haunted venue genre.  It stars Patric, Louisa Krause (Martha Marcy May Marlene), and Mark Margolis (Breaking Bad).

Take a terrifying plunge into the warped mind of a disturbed young woman. Desperate to get her life back on track, the unstable Streak takes a job as a security guard, working the graveyard shift at a once upscale, now abandoned apartment complex. But on her first night on duty, she discovers a horrifying presence lurking deep within the bowels of the decaying building. With her nerves already on edge, Streak must confront demons both real and imagined as she struggles to keep a grip on her sanity.

It premiered over the summer at the Los Angeles Film Festival, and will see a theatrical release January 8th, 2016.  Check out the trailer below!