Lost in the Crypt is a one of our new article series that will take a look back at the horror movies of yesteryear. There’s only one big difference: we won’t focus on the big classic films you have probably already seen a million times. Instead, we’ll pick out ones that might have been lost by time. Maybe you’ve forgotten about it, maybe you’ve never seen it. Either way, our goal is to make something new out of the old and give you a few frights along the way.

Tetsuo The Iron Man, a film directed by Shinya Tsukamoto, is a heady, body horror film that is about people turning into twisted, junk heaps of rusty metal.

Wires and machines grow out from the characters’ limbs, until their bodies are totally absorbed in a metallic, blob, mutant mess. Obviously, this then gives them super human, fighting powers, because why wouldn’t it? For real, this is what every movie should be about.  Is it not? 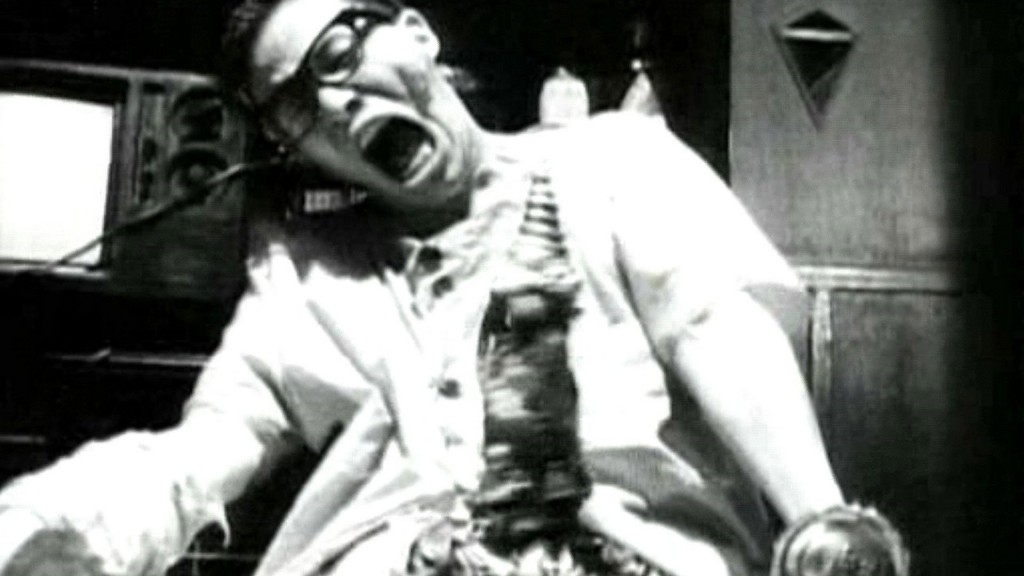 Mind blowing visuals and fast paced editing gives this flick its nightmarish, I shouldn’t have drank those two entire bottles of Robitussin, vibe.

Shot completely in black and white and using only practical special effects, Tetsuo The Iron Man is full of imagery that is not easily forgotten, and can truly be deemed Art. From a naked guy being sodomized by a woman with a wiggling, strap-on, ten-foot, robot, hose dick, to a metal blob man, caressing the body of his dead girl friend, as her corpse lies in a bathtub filled with blood and flowers, there is a little something for the whole family.

That is, if your family is a bunch of speed freaks, and your dad is that fat, creepy guy, who hangs out at the town dump, waiting for people to throw out their pieces of scrap metal, so he can take it home to your weirdo family, and you can all take turns licking old radiators with your grody tongues.

Tetsuo The Iron Man takes a look at the connection between the modern world and its relationship with technology.  This theme is explored by contrasting sex, violence, and machinery mayhem in a music video-style, hodgepodge of montage that is shocking and intelligent.

If you are looking for a mind fuck, check this one out.  It will be well worth it. 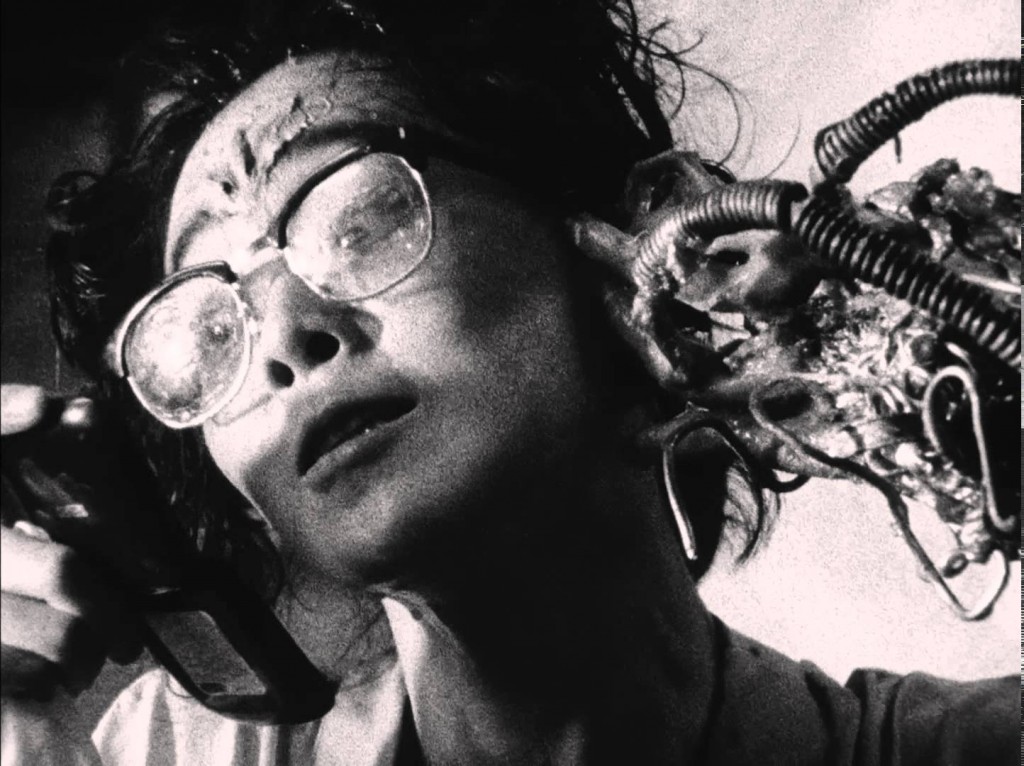