In the past few weeks, we’ve given you a list of scary women and creepy girls to haunt your dreams.  This week, we’re giving you some heroines to fight those monsters.  These ten women were chosen for their bravery, wit, and prowess at beating the bad guys:

You bet your horror-loving ass Agent Starling is at the top of this list.  Not only does she overcome a traumatic childhood, getting all the way to the F…B…I, she goes toe-to-toe with not one, but two absolute maniacs.  Her primary weapon is her intelligence, which she uses to get information from Hannibal Lector and piece together the clues to figure out Buffalo Bill’s identity.  Her secondary weapon? A standard firearm, which she uses to kill the woman-skinning serial killer in his own home, saving Catherine Martin and every other potential victim. 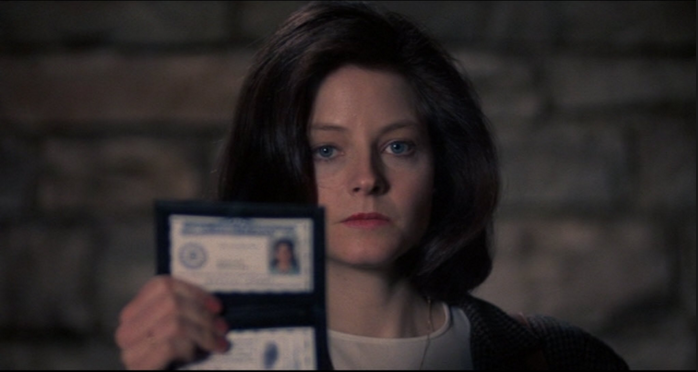 One of the original “final girls”.  Laurie Strode goes above and beyond as a babysitter when she manages to keep herself and her young charges alive in the face of a home invasion by the escaped homicidal lunatic Michael Myers.  In the film, Laurie defends herself with a knitting needle and a wire hanger before finally getting ahold of Myer’s knife. 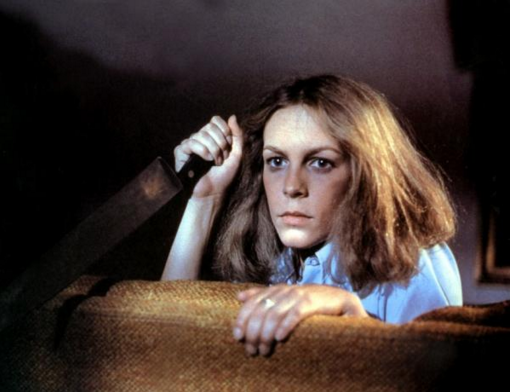 Poor Nancy.  First, her BFF Tina is murdered in her sleep during a slumber party.  Then her dad uses her to arrest Tina’s boyfriend, who is subsequently killed in his jail cell. Meanwhile, her parents don’t believe that the nightmares she’s been having are connected to the murders, so she’s left to her own devices.  She concocts a plan to drag Freddy Krueger out of the dream work to fight him in her world (where the laws of physics and reality apply).  Nancy hits some bumps along the way– her boyf is eviscerated and her alcoholic mother reveals, right before she’s killed, that it’s due to her past brush with vigilante justice that Krueger is stalking her. Luckily, Nancy outsmarts the burned boogeyman and resurrects her friends and mom.  Or does she? 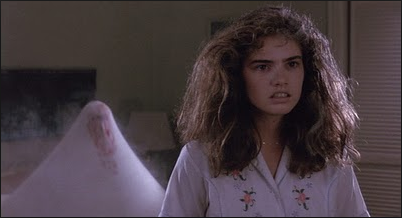 Hear me out on this one, guys.  Everyone seems to love to hate Wendy, mock her for screaming in terror, and even root for her husband Jack to brutally murder her.  I don’t really get all the Wendy hate.  Sure, her characterization in the movie is totally watered down from the woman Stephen King created, but she’s still compelling.  After all, she’s smart, brave, and able to successfully fend off Jack, saving herself and her son. 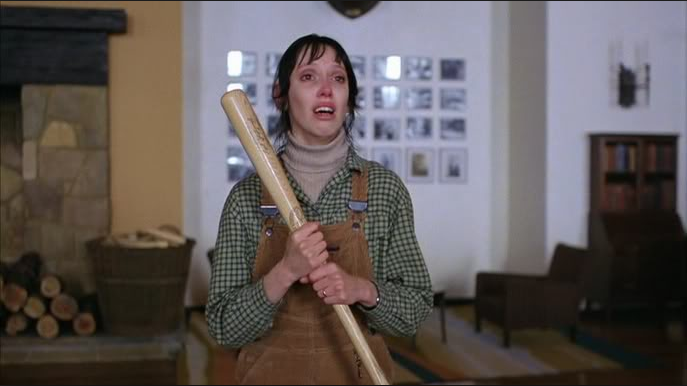 Sidney is another Wes Craven heroine.  Stalked by a pair of masked serial killers, she cleverly flips the script and beats the foes at their own game.  She also challenges the Final Girl trope by having sex and not being killed as punishment for it. 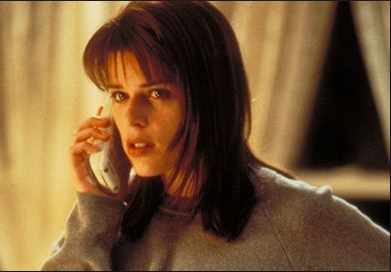 Of course Lieutenant Ripley made the cut.  She’s a capable, smart, and kickass woman who manages to defeat a monstrous alien in outer space. As John Scalzi, president of the Science Fiction and Fantasy Writers of America, wrote in 2011, “She’s not a sidekick, arm candy, or a damsel to be rescued…Ripley isn’t a fantasy version of a woman.”  She’s aggressive, vulnerable, and a hero in her own right. 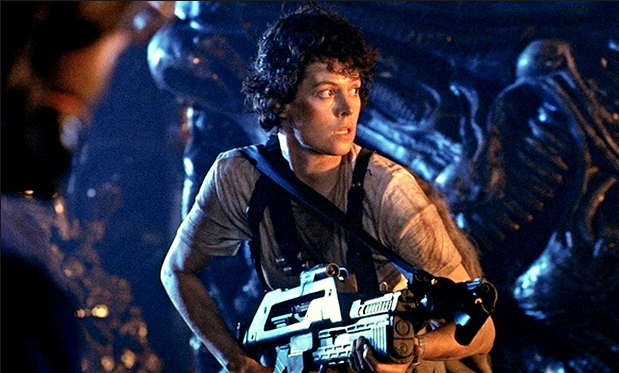 Small disclaimer: Lorraine Warren is a real person, but for the purpose of this article, let’s focus on her portrayal in The Conjuring.  She’s brave, selfless, and an unparalleled expert in her field.  She faces down demons, ghosts, and, on June 10th, will have a showdown with a poltergeist. 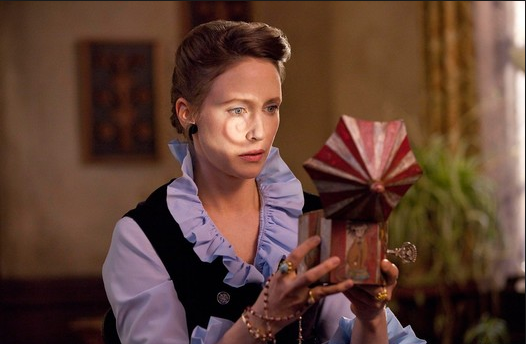 Rachel is a journalist on the assignment of her life: investigating a cursed videotape that kills its viewers within seven days of watching it.  Using her research skills, intellect, and tenacious nature, Rachel is able to solve the mystery of the video and discover the key to surviving it after she watches it.  Talk about tight deadlines. 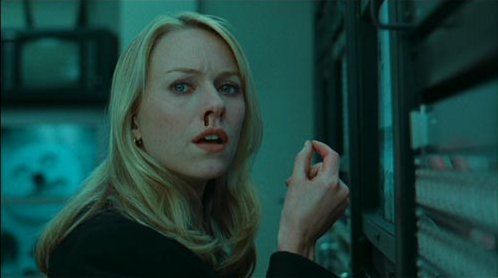 A bit of a controversial choice.  Carrie is a teenaged outcast who is bullied at school and abused at home.  No one likes her and no one understands her.  But then, she discovers her latent telekinetic powers.  After a particularly heinous prank, Carrie lets loose and exacts revenge on her tormenters. 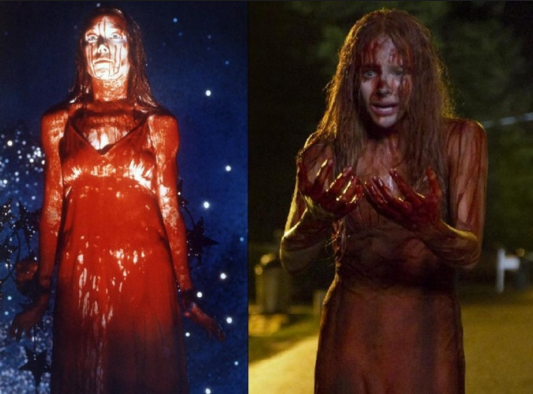 Amelia is hanging on by a thread.  She’s the single mom of a troubled little boy, works a thankless job, and is struggling with untreated PTSD with a dash of postpartum depression.  Oh, and there’s a monster in her house that was pulled from a disturbing picture book.  Amelia summons the strength to defeat both the monster and her own inner demons by refusing to succumb to the darkness they bring. 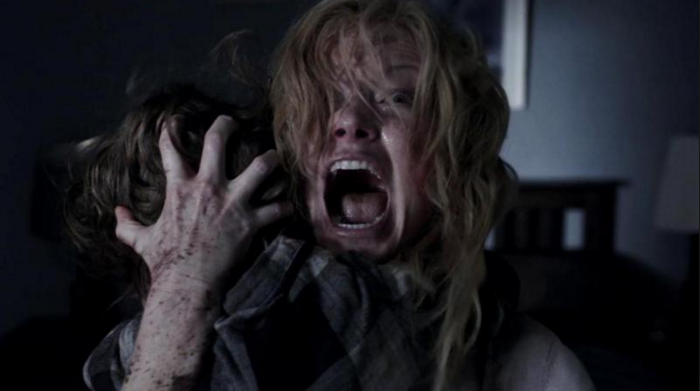