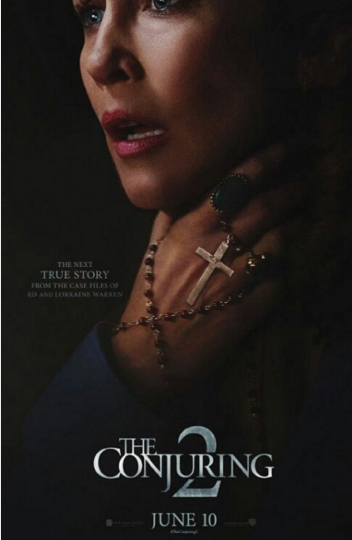 After months of anticipation since the teaser was dropped, we finally have an official theatrical trailer for James Wan’s upcoming horror film The Conjuring 2.  Spoiler alert: it looks really good.  The trailer opens with an audio recording of an old man, and it’s immediately revealed that the voice we’re hearing isn’t coming from an old man at all; it’s coming from a preteen girl.

The trailer goes on to tease a multilayered terror-fest featuring not only a malevolent supernatural presence hellbent on tearing a family apart, but also Lorraine Warren suffering from visions of her husband’s death.  The trailer promises a dark, spooky, and intensely chaotic film.