Today is Beltane, also known as May Day, and you all know what that means: dancing around a Maypole, building bonfires, and possibly participating in some fertility rituals.  If none of that appeals to you though, there is another way to celebrate Beltane: watching Robin Hardy’s 1973 cult classic The Wicker Man. 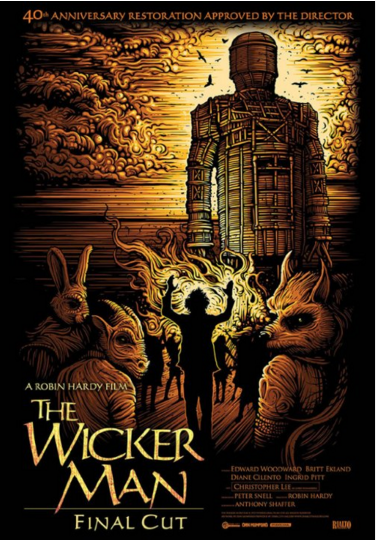 Highly regarded among film critics and cinephiles, The Wicker Man was written by Anthony Schaffer and was inspired by the 1967 novel titled Ritual by David Pinner.  The film stars Edward Woodward, Christopher Lee, Britt Ekland, Diane Cilento, and Irene Sunters. 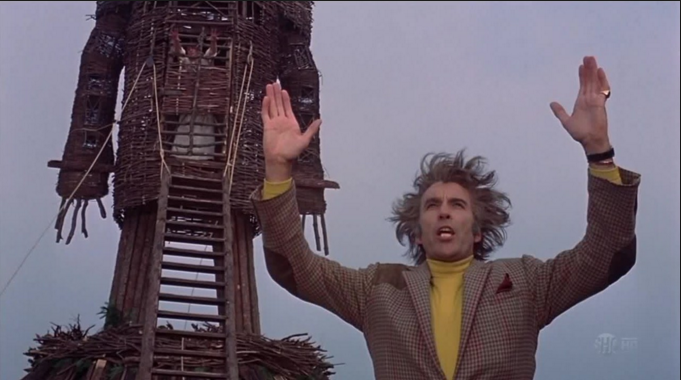 The Wicker Man tells the story of Sergeant Howie, a devoutly Christian police officer who travels to the remote island of Summerisle to investigate the reported disappearance of a local girl, Rowan Morrison.  When Howie arrives, his patience is tested when the islanders deny the existence of the missing girl.  He is also angered when he discovers that the inhabitants of Summerisle are proudly and openly Pagan. They engage in ritualistic sex in fields, teach their children about the phallic symbolism of the Maypole, and eschew any instruction on Christianity. 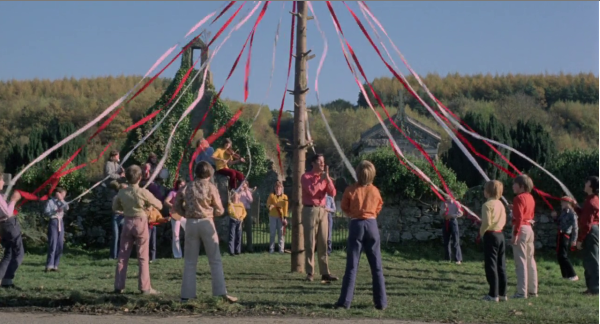 He rents a room in an inn, where the innkeeper’s beautiful daughter, Willow, attempts to seduce him. 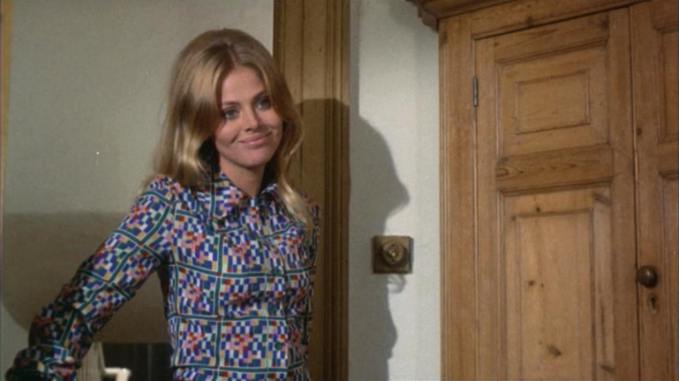 From there, the film takes a disturbing turn.  Howie finds a burial plot for Rowan, and the leader of the island, Lord Summerisle, tells him that the entire community is preparing for the annual May Day celebration.  After doing some research in the library, Howie deduces that the people of Summerisle are planning to sacrifice Rowan to ensure a successful harvest.  On May Day, he steals a costume from the innkeeper– The Fool, or jester– and infiltrates the festivities, including a march along the island ending in a deadly game of chance. 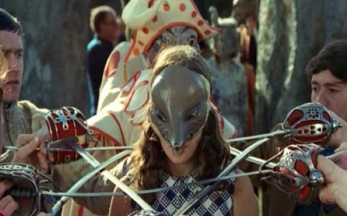 Howie discovers Rowan tied up at the mouth of a cave and breaks character to save her from certain doom.  Turns out, though, that Rowan isn’t the intended sacrifice– Howie is.  Willow explains that Howie is the perfect sacrifice: he came to the island of his own free will, he is an authority figure, a virgin, and a fool.   The film ends with the islanders trapping Howie in a wicker man statue and burning him to death as the sun sets. 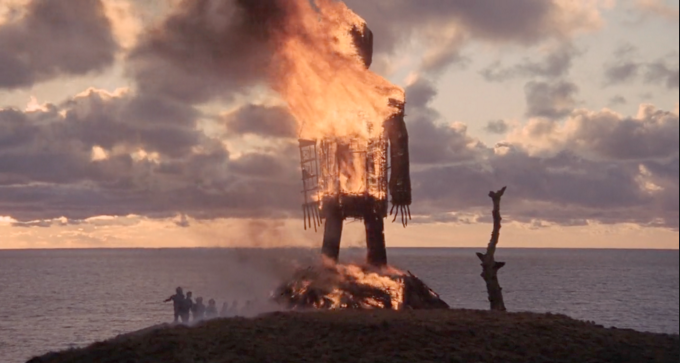 The Wicker Man is so highly regarded for a lot of reasons.  The plot is incredible, the acting is top-notch, and the climax is widely considered one of the scariest horror movie moments in cinematic history.  And don’t even get me started on the soundtrack, which is comprised of folk songs and ballads.  One of the most striking aspects of The Wicker Man is that the protagonist is killed at the end.

But is that the only interpretation of the film?

What if we’ve been looking at The Wicker Man the wrong way?  Consider this: Sergeant Howie is the real antagonist, and the people of Summerisle are collectively the protagonists.  Why not? Howie is characterized as a religious zealot whose disrespect of the people of Summerisle and their beliefs borders on violence.  As a police officer, he is the embodiment of authority.  Possibly even tyranny, if you consider that historically, Christian authorities violently and maliciously oppressed Pagans.  Symbolically, Howie is The Fool personified, especially in a Pagan context. Let’s take a look at The Fool tarot card: in the reverse position, it symbolizes naivety, foolishness, and recklessness.  It’s no coincidence that he dresses as The Fool during the May Day celebration. 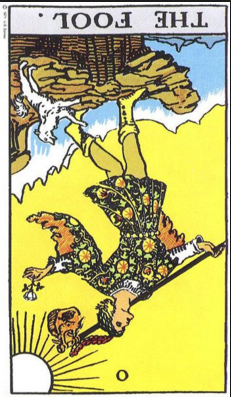 You may be thinking, ‘But, wait, Sergeant Howie is ritualistically murdered at the end; wouldn’t that automatically make him a victim at the very least?”

Not necessarily.  If we look at The Wicker Man as a sort of pro-Pagan revenge film, Howie’s death suddenly becomes not only acceptable, but totally warranted.  Ask yourself this: at the end of Inglourious Basterds, did you find the massacre of Nazis at the hands of Jewish soldiers distressing or exhilarating? 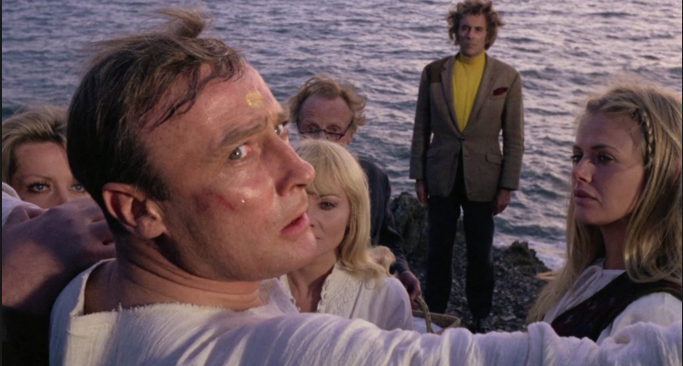 The beauty of The Wicker Man is that any way you interpret or analyze it, it remains a beautifully executed horror film.  The build-up is fraught with tension and mystery, and the climax is so visceral and chilling that your heart pounds and you can’t help but squeeze your friends’ hands in pure, unadulterated fright.  It’s a film that stays with you long after the end credits roll, and it’s a film without an expiration date. 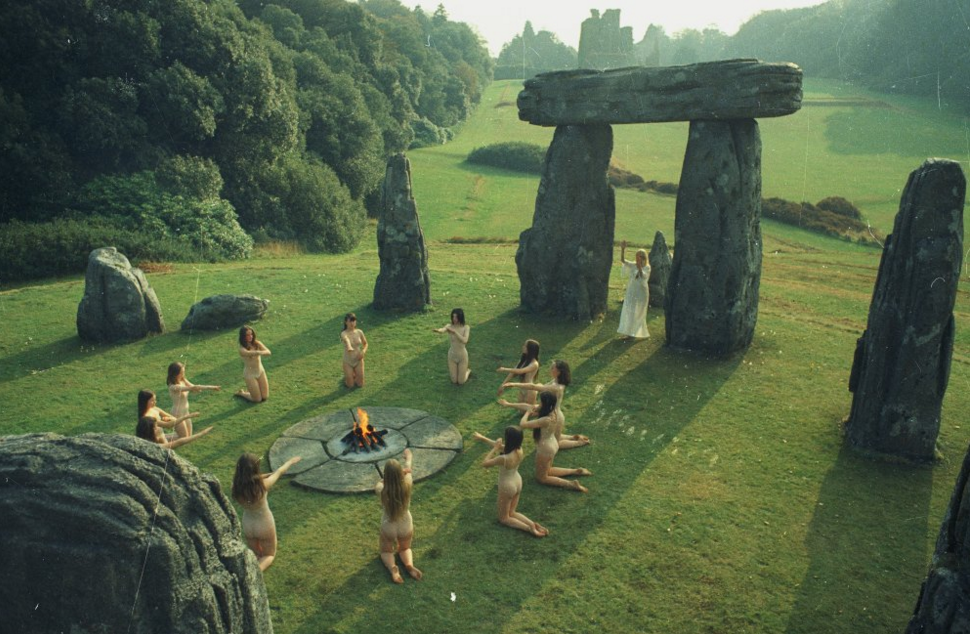