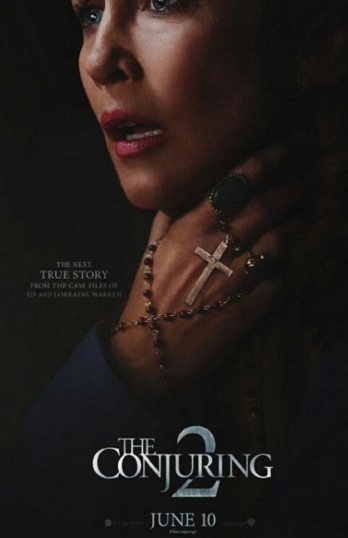 The premiere date of James Wan’s new supernatural horror The Conjuring 2 is almost here! So far we’ve seen stills from the film, posters, and an official trailer.  What more could we ask for, besides a time machine to get us to June 10th faster? How about a featurette showcasing the real people who were haunted by the Enfield Poltergeist?

The video, titled “Strange Happenings in Enfield”, feature photographs from the investigation and interviews with Vera Farmiga, Patrick Wilson, James Wan, Lorraine Warren, and the now-adult Janet (Hodgson) Winter and Margaret (Hodgson) Nadeem.  Whether you believe the Hodgsons were victims of a poltergeist, or you’re naysayer who thinks it was a hoax, the featurette is interesting and will definitely spark up some curiosity in the supernatural.  Or just a lot of Wikipedia browsing.  Either way, you should check out the featurette below: