They all float down here. 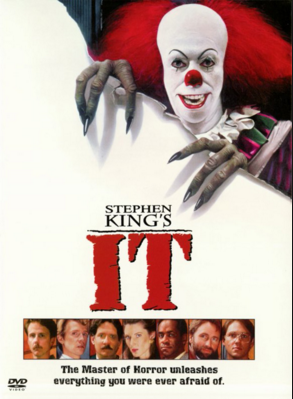 This week brought a major development regarding the new adaptation of Stephen King’s critically acclaimed novel It.  The last update we gave you about It was about the new director attached to the project: Mama/ Mamà mastermind Andrés Muschietti, who replaced Cary Joji Fukunaga.

This latest bit of news will be met with either excitement or rage.  You ready?

Bill Skarsgård has been locked down to play Pennywise the Dancing Clown.

According to The Hollywood Reporter, the Hemlock Grove star is in final negotiations to replace Will Poulter as Stephen King’s iconic antagonist in New Line Cinema’s book-to-film adaptation.  In case you’ve neither read nor watched It, here’s a quick synopsis of the plot:

In 1960, a group of social outcasts who are bullied by a gang of greasers led by Henry Bowers are also tormented by an evil demon who can shape-shift into a clown and feed on children’s fears and kill them. After defeating the demonic clown as kids, it resurfaces 30 years later and they must finish it off as adults once again.

Like the original film version of It (a miniseries), this latest dramatization of the story will be told in two parts:

New Line’s first movie will tell the kids’ story, while the second movie will focus on the adults. (From The Hollywood Reporter)

So what do you think? Are you happy with the new Pennywise actor? Or do you think that Tim Curry is the only person who could possibly do it and It justice? Let us know!