Stranger Things is a love letter to the supernatural classics of the 80’s. 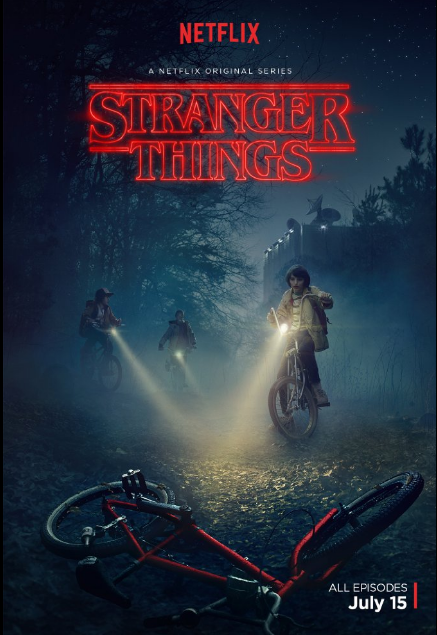 As you may or may not have heard, Netflix is releasing a new original series called Stranger Things.  The series was created by Matt Duffer and Ross Duffer, and stars David Harbour, Finn Wolfhard, Millie Bobby Brown, Caleb McLaughlin, and…Winona Ryder.

Ryder, best known for her starring roles in the iconic films Beetlejuice, Heathers, Edward Scissorhands, and Girl, Interrupted, plays Joyce, a mother whose young son disappears, and who must “confront terrifying forces to get him back.”

Stranger Things takes place in an Indiana town in the 1980s.  Here’s a synopsis:

Stranger Things is the story of a young boy who vanishes into thin air. As friends, family and local police search for answers, they are drawn into an extraordinary mystery involving top-secret government experiments, terrifying supernatural forces and one very strange little girl.

Beyond that, not much is known about the series.  The trailer looks absolutely fantastic and full of pre-digital goodness: boomboxes, kids riding bikes, and wood paneled walls.  Plus, Winona Ryder is in it, and you know she’s going to bring that special something to the series.  Hopefully, this will include one-liners like:

Stranger Things premieres on Netflix on July 15th, so now would be a good time to start that free trial period.  Check out the trailer here!