Australian actress and author Kym Jackson talks about her career and her new film Worry Dolls. 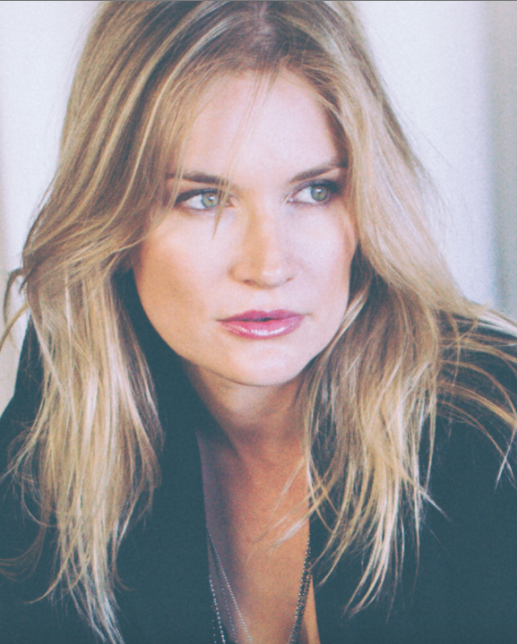 Kym Jackson is (happily) everywhere.  With guest appearances in shows such as Criminal Minds and NCIS: Los Angeles and starring roles in the films Knifepoint and Sleeper (to name a few), you’ve probably seen her in action.  If you’re an aspiring actor planning to relocate to Los Angeles, you make have even read her book, The Hollywood Survival Guide For Actors.

Kym’s newest feature film, Worry Dolls, garnered attention and positive reviews from early screenings and festival appearances.  Directed by Padraig Reynolds and written by Danny Kolker and Christopher Wiehl, Worry Dolls tells the story of a dead serial killer who has reinvigorated his murderous ways from beyond the grave.

We got a chance to speak with Kym about Worry Dolls, horror films, and her career.

What initially attracted you to “Worry Dolls”?

There were a few factors that made working on Worry Dolls appealing.  Number One was the script.  It’s a fantastic story and a big factor for me was that I felt that my [character], Darcy, could have just as easily been played by a man.  She feels very much like any cop partner in any detective movie – she just happens to be a woman.  I like that the writers didn’t try to girly her up.

Another thing that really sealed the deal for me was when I got on Skype with the director, Padraig Reynolds, and [writer/producer], Chris Wiehl.  They’re awesome guys and we got along immediately.  They were so passionate about the project that I knew they’d do everything in their power to make it as great a film as possible.

You have experience with horror movies (“Knifepoint”, “Ashes”)– what do you like about the genre? Have you always been a horror fan?

I’m actually petrified of watching horror films.  I tried to watch a trailer for a horror film the other day because I was being introduced to the filmmaker, and I was too scared to keep watching until the end.  I do, however, feel that the horror genre is so important in society, because it allows people to explore the darker side of life and to delve into their fears in a safe environment.  That’s a large part of the role we play as actors and filmmakers.  We enable people to live vicariously through our characters so that perhaps they won’t need to experience or try certain things in real life.

In your latest book, The Hollywood Survival Guide For Actors, you wrote that when you were first breaking into the industry, you tried to market yourself as a Jodie Foster type.  Now that you’re an established working actor, how do you market yourself?

I’d say it’s pretty similar. I have strong features and a fairly strong voice, so the roles I play tend to be executives, detectives, scientists, baddies, and generally strong female roles.  There’s a degree to which we can’t completely escape our essence for the majority of roles, which is why it’s such a treat when a filmmaker trusts us to completely play against type in a project.

In your book, you also talk about the importance for US-based actors to acquire a standard American Accent.  How long did it take you to perfect yours?

Well, firstly, thank you so much for reading my book!

To be honest, my best friend in high school, Mana Amagishi, was a Japanese exchange student with a perfect American accent.  I would mimic her for a friendly joke and it turned out accents are something I mimic with ease. It’s always been just something that made sense to my ear – figuring out the way your tongue and mouth move and where the sound comes from to form a particular shape.

Prior to filming, did you do a lot research into the mythology behind the film?

I did a little research on the Guatemalan and Mexican worry dolls for sure.  It makes a lot of sense, the idea of speaking your worries into a trusted companion at night and knowing they will be gone in the morning.  It’s a wonderful therapy that I imagine would still be quite useful in child psychology today.  Unless, of course, the dolls are filled with evil (laughs).

Were there any creepy, spooky moments on set?

Oh… so… many. We filmed a few scenes in an abandoned mental hospital in the middle of the forest, and the cast trailers were just a little farther than we wanted to walk between setups, so we would be sitting inside these beat up old hospital rooms where we could all just feel something really horrid and scary was in the building with us. Padraig was lapping it up… it’s kind of his thing.  I was completely freaked out!

Another of the many creepy moments was definitely in Natchez when they put the cast up in the Eola Hotel.  [My costar] Naomi [Kyle] and I had the same really creepy experiences throughout the night. The next day, after some local actors found out where we were staying, they told us the hotel is an official haunted tourist destination!  The producers were awesome and quickly rescued us by relocating us into the much newer and far less haunted, The View Hotel, which probably saved them having a number of very sleepy and freaked out performers on set each day.

In “Knifepoint” you played a villain, and in “Worry Dolls” you seem to be playing one of the “good guys”– which do you prefer to play? Hero or villain?

I think both have their merits, but as you’d imagine, I’d have to say villains are far more exciting.  The good guys tend to be the ‘every man’ that the audience can empathize with.  The villain is usually such a fascinating character to create and then dig into the mind of.  It’s nice to play characters that are so passionate about everything they’re focused on – even when the result of that focus is madness and mayhem.

You also have behind-the-scenes experience (Associate producer for “Sum of Existence”).  Any plans to be on the other side of the camera?

I’d like to focus on my work as a creative, keeping my energy in writing and acting.  In saying that, however, I do end up connecting a lot of people and bouncing in and out of the production side of things, so I feel like producing will be on the cards for me sometime down the line.

Are you currently working on any projects?

I just finished co-writing the funniest stoner comedy in the history of the world.  It’s called Don’t Rob The Mob and I cannot believe how well it came up.  I’m writing it with some friends from back home who have a unique knack for comedy and the whole thing is so much better than we had ever dreamed.

I am also quietly confident while waiting for The Infamous, a pilot on A&E that I was involved in, to be picked up.  It’s a phenomenal script with a brilliant cast and the entire production team is exceptional.  It’s set in the early 90’s hip hop scene against the backdrop of gangland LA and the way they’ve weaved the storylines together is impeccable.  I play Nessa Shapiro – an A&R exec at Capitol Records.

The show was written by Josh Zetumer and directed by Anthony Hemingway – two of the loveliest and most talented people I’ve met in the business, and a bloody wonderful team.  The whole energy of the set was filled with so much excitement – even down to the crew singing in the hair and makeup trailer.  That show is too amazing not to be picked up.

What’s your favorite horror movie? What was the first horror film that scared you?

I was around 8 when I wandered into the living room to find the TV showing a pit of skeletons in the muddy swimming pool in Poltergeist.  It pretty much scarred me for life.  I still get creeped out while going for a swim alone at night.

My favorite horror would be Pan’s Labyrinth.  Does that count as horror?  I love The Exorcist… but who doesn’t?  Rosemary’s Baby was really traumatizing.  Again, old school references are probably cheating. The new Haunting in Connecticut scared me to death.  Not sure that counts since my friend directed it (laughs).

What kind of scares can we expect from “Worry Dolls”?

The whole thing is creepy as heck.  Danny Kolker and Chris Wiehl nailed the script. Non-stop suspense and scares and blood and just really well done creepy shit.  Padraig is a master of the art of suspense and horror, and the cast they’ve assembled are absolutely phenomenal.  Chris Wiehl has a subtlety to his performances that’s on par with any A-Lister. Sam Smith, Brea Grant, Tina Lifford, Yohance Myles, and Brandon Johnson are long time pros and brilliant actors. Naomi Kyle, and Ashlynn Ross are so raw and authentic and Kennedy Bryce is one of those child stars who is destined for great things.

Overall, Worry Dolls is a wonderfully put together with a talented and passionate cast and crew who each put 100% of their heart and soul into this project. I highly recommend anyone check it out if you’re remotely into the horror / thriller genre.  You won’t be disappointed!