What’s in store for the sixth season of American Horror Story?! 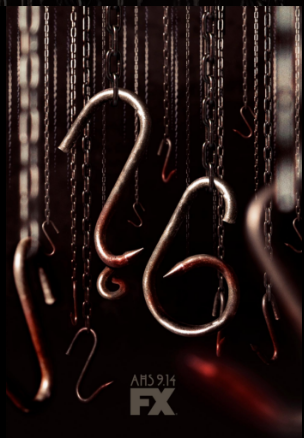 A few weeks ago, we shared six teasers for the sixth season of our favorite anthology series American Horror Story.  We also shared some exclusive photos of the set, courtesy of TMZ.  We had it all figured out– the theme, the time period, the place…

Four new teasers for AHS: ?6 have been unleashed, and in the true spirit of the show, they are creepy and deeply disturbing.  They’re also confusing as hell, and are leaving us mere fans to frantically theorize about this season’s theme.

The CEO of FX, John Landgraf, seems to be taking great pleasure in our rabid curiosity and frustration.  He recently revealed that some of the teasers are misdirects to protect the secrecy of the theme, and has also been quoted saying:

Every year, we’ve basically laid out the themes, the new genre that [showrunner Ryan Murphy’s] going to be approaching, and we just thought [this year] it’d be really fun to keep it a mystery. So, we are. The scripts come in, and they’ve got my name emblazoned across them and there’s only one script that comes into the company.

Admittedly, it’s a brilliant marketing and publicity campaign that’s bringing the thousands of American Horror Story fans together.  And the teasers are delightfully chilling, misdirects or not.  The four most recent ones are titled Camp Sight, The Mist, Wind Chimes, and The Shadow.  Watch them here and fill us in on your wildest theme predictions and season theories!