There seems to be one horror film that everyone’s talking about this year.  It Follows holds a perfect score of 100% on Rotten Tomatoes (19 reviews) and an overall score of 8.5/10 which means it’s also one of the best reviewed horror films in recent memory.  Radius-TWC has released several new posters featured below. 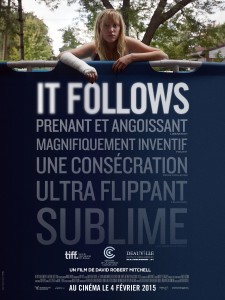 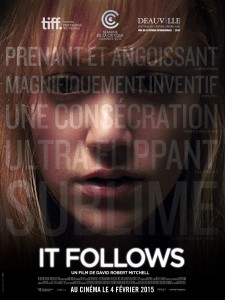 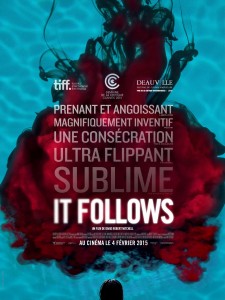 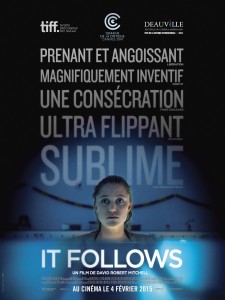 It follows is scheduled for US release on March 27th.

“For 19-year-old Jay (Maika Monroe), the fall should be about school, boys and weekends at the lake. Yet after a seemingly innocent sexual encounter she suddenly finds herself plagued by nightmarish visions; she can’t shake the sensation that someone, or something, is following her. As the threat closes in, Jay and her friends must somehow escape the horrors that are only a few steps behind.”