You Can’t Get Rid Of The Babadook

The Babadook is one of few horror films in recent memory that succeeds in not only terrifying its audiences but doing so smartly, slowly, and for long after the appearance of its eponymous creature. It is also an emotionally gripping story that leaves the viewer feeling just as melancholy as he is terrified. Just as important to mention: it was the first feature for an Australian woman, who was both its writer and director.

In The Babadook, Jennifer Kent successfully foregoes the use of cheap jump cares or excessive gore for authentic terror, real emotion, and well-developed characters. Amelia (Essie Davis) is still struggling with the loss of her husband more than six years after his death in a car accident on the way to give birth to her only child, Samuel (Noah Wiseman). Refusing to talk about her deceased husband or even hear about him, her grief is mostly internalized. Her relationship with Samuel, however, is strained both by that internalization and his frequent temper tantrums, misbehavior, and ‘monster under the bed’-induced insomnia. Soon after reading a frightening pop-up book about a monster called Babadook, it becomes clear that Samuel’s imaginary monster may be real and terrorizing them both. 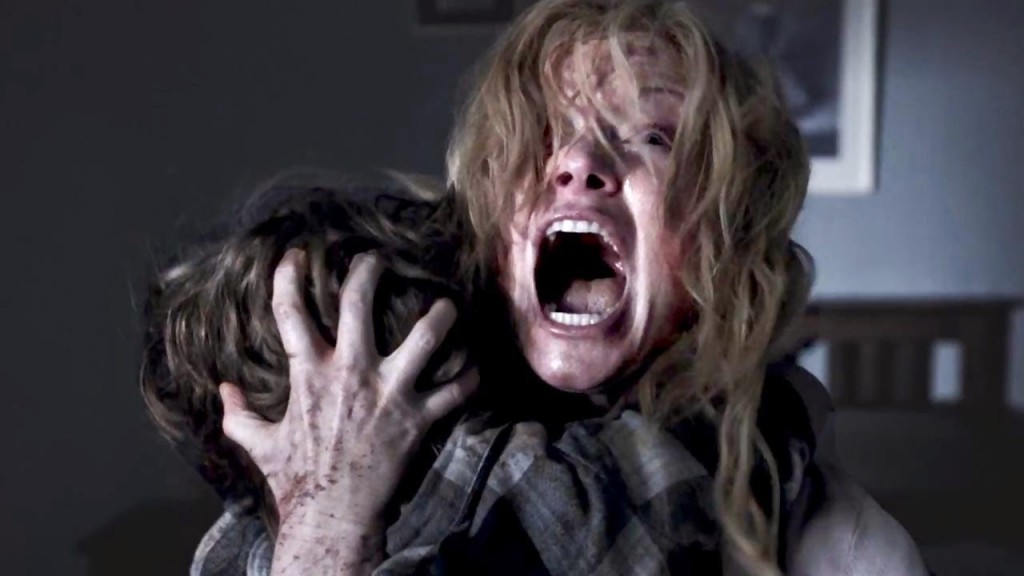 The terror of The Babadook lies in its slow build. The juxtaposition of the frustrations of a single mother and her troubled son during the day and the horrors of a monster waiting just out of sight at night does well in aiding this build. The viewer never feels comfortable, never truly feels safe from feelings of sadness or fright. Utilizing her running time well, Kent forces us to be patient, the film feeling like a long crescendo with occasional bursts in intensity.

This long road of wracked nerves and tense paranoia aids the development of Kent’s characters. Kent lets us see how imperfect they are –Amelia with her inability to fully reciprocate her son’s love and Samuel’s sometimes frustrating and childish outbursts. The Babadook even comes to represent the imperfections in Amelia’s relationship with her son and how she internalizes her grief – a dark, evil monster that only grows and gets stronger as it is pushed further into the recesses of her mind.

Kent seems to have written her creature to be a frightening metaphor for the dangers of ignoring the ‘skeletons in the closet’ (SPOILER: represented very firmly near the conclusion of the film in a scene post-conquering of the Babadook). But she also seems to have inadvertently offered up a serious critique of the weaknesses of both the horror genre and the filmmaking industry as a whole. Well-written, masterfully directed films that can be labeled as truly terrifying are lacking, but it seems the underrepresented women in the industry are the ones to fix not just that problem but many in the industry.