Evil Dead fans are going to love this.  The trailers and marketing materials for Fede Alvarez’s Evil Dead remake definitely contained clips that were not used in the final film.  Bruce Campbell – star of the original, and producer of the remake – denied that there was an alternate ending.  Turns out that was a lie!  Maybe the filmmakers chose their ending to be more ambiguous to keep the door open for a sequel?  Who knows. 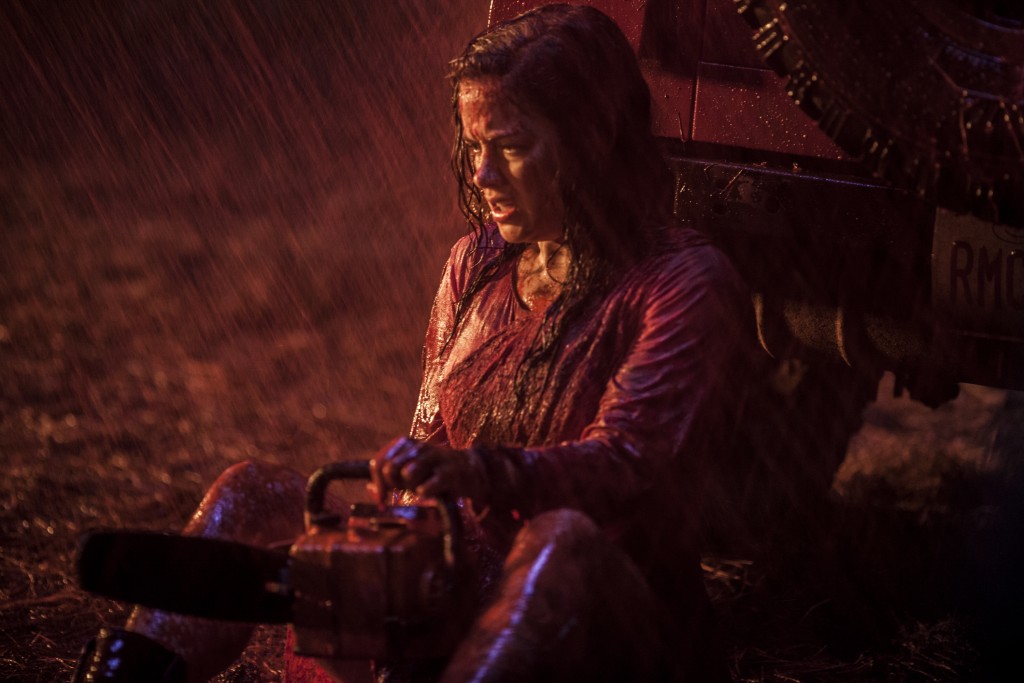 You can check out the links below which show the alternate ending: Mia played by Jane Levy on the side of the road begging for help.  You’ll also see three other deleted scenes , all of which are supposedly pulled from a UK television cut of the film.

Five friends head to a remote cabin, where the discovery of a Book of the Dead leads them to unwittingly summon up demons living in the nearby woods. The evil presence possesses them until only one is left to fight for survival.