It’s very rare that long run movie franchises have more hits than misses. I’m not talking about sequels or trilogies. I’m talking real long haul. Movies with four, five, six – hell even ten entries into the main cannon. Odds are when you’ve dipped into that well so many times, you start to run out of material and original ideas.

This is especially true when it comes to the horror genre – from recent successes like Paranormal Activity and Saw all the way to old fashioned slasher classics like Nightmare on Elm Street and Friday the 13th. Yes, these are well loved horror staples, but don’t for a second think that majority of these films are good – because they are not. But these legacies still go on. Why? Because somehow against all odds, people fall in love with these bad movies. It’s a different franchise for every person. For me, it’s Friday the 13th. 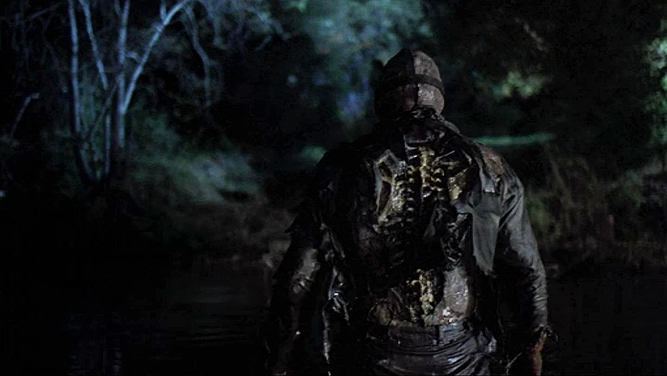 I’ll be 100% with you right now. There is only one good Friday the 13th movie. But if you asked me to pick my favorite of the 12 films (Freddy vs. Jason and the Friday remake included) – I’d be at a loss. I just love this damn franchise that much.

And I’m not a stubborn person who doesn’t know what a good movie is from the back of my hand. I recognize the franchises faults. The many, many, many faults. But much like a best friend, or a son, or a daughter, I can immediately forgive it’s many glaring sins. If Jason Voorhees gave me a call from prison asking for bail – I’d help him out despite the fact he’s made so many bad movies (plus killed dozens of teens…) And I think I’ve finally figured out why: tradition.

I’m a man who loves me some good tradition. Big holidays like Christmas and Thanksgiving hold a special place in my heart because of the long held family traditions that belong to just me and my family. It’s the same reason why I also love the entirety of the James Bond 007 film collection (Yes, even the terrible Roger Moore ones). I love seeing traditions upheld and whenever I return to one – it fills me with a warm sense of returning home.

And let me tell you, Friday the 13th has tradition in spades. It’s what allows me to laugh off the terrible entries instead of groaning at them. To return back to my son/daughter metaphor for a moment: Whenever Jason Voorhees does something so absurd that I wonder what the writers were thinking, I just laugh with complete joy and say to myself, “Boys will be boys.” 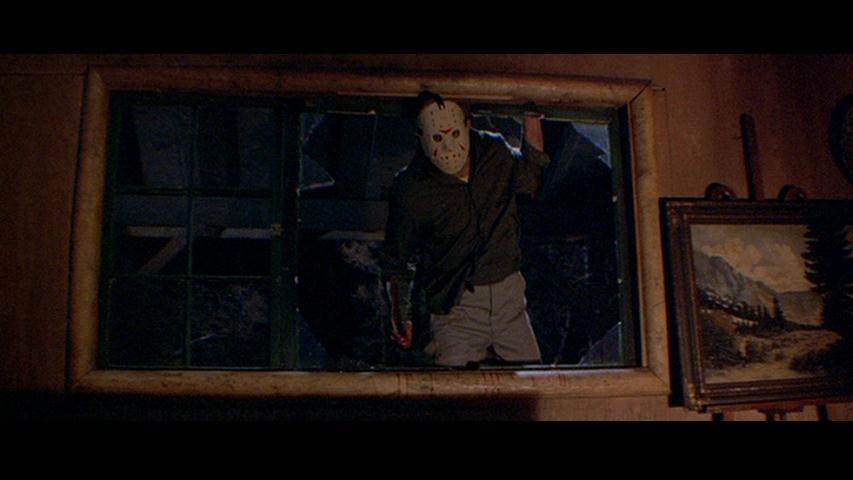 I mean sure, Jason makes a lot of poor decisions. He tried to take over outer space as a uber monster. Hell, he even tricked people into thinking he was going to take over Manhattan only to spend most of his time on a stupid boat. But for every misguided step, there’s a dead body that gets thrown through a window (seriously, Jason loves throwing dead people through windows). There’s his love for slamming women rolled up in sleeping bags against trees. There’s the fact that with every movie the damage done to him and specifically his mask, is retained for the next film. They actually pay so much attention to those little details, when you finally think they slipped up in Friday the 13th: A New Beginning by giving his mask a new design – it turns out that *SPOILER ALERT* it was an impostor pretending to be Jason all along. A small detail that actually rewards hardcore fans and it feels oh-so-good despite it being one of the weaker entries in the series.

Honestly, for a movie with so many bad ideas – it’s amazing that they actually hold onto the little details at all. But it’s those little details that make us love this murdering half undead character. We feel a kindred spirit to the monster and to the franchise as whole. It feels like a special club that only a certain few can truly understand.

When the franchise was rebooted back in 2009, I was worried that much of the tradition would be lost in favor of a grittier and high produced look that we often see in modern day remakes. But lucky for me my fears were put to rest with one of the stronger entries in the series – a reboot that fully understood what made Jason Voorhees work while managing to strengthen the things that often made him misunderstood.

So now I stand in the same position again. With talks of yet another reboot of the franchise underway, I wonder if one of my favorite traditions will be kept alive… or if the new vision of Jason will be a face that is no longer familiar to me. Only time will tell, but if I ever feel a certain kind of horror longing in my heart, at least I know that there are still 12 films waiting for me with open arms, machetes, and hockey masks.
.

What’s the one horror franchise that you can forgive no matter how bad it gets? Let us know in the comments section below. Or you can hit us up on our official Facebook and Twitter pages.