There are just some people that stick out in your mind when you think about horror movies. Those actors who stand tall above the blood and gore and MAKE us know their name. Someone like Robert Englund, Bruce Campbell, or Vincent Price.

If you look at the recent track record of AJ Bowen, you’ll realize he’s down to get violent in a slew of horror films – and we here at HFC love him for it. So we’ve decided to list off our favorite horror roles. If you’ve seen them you’ll agree – if you haven’t, check him out as soon as bloody possible.

Oh and one more thing – there will be *spoilers* about these films. So read on at your own risk.
.

We want to officially put our vote down claiming that AJ Bowen is the best movie pizza delivery man – ever. Bowen plays Victor Ulman, the son who completes the trifecta of a cultist family intent on making a babysitter a part of their demonic ritual. But why we really love him in this film is that he straight up shoots Greta Gerwig in the face at a gas station because she is so damn annoying. Everyone wins.
.

You’re probably quickly realizing that we are HUGE fans of You’re Next. And while we have a lot of reasons – one of the big ones is Bowen’s portrayal of Crispian. Once again, Bowen plays a murderer but of a totally different ilk. He’s a whiny and annoyed brother of three who doesn’t want to get his hands dirty – so he hires a bunch of psychopaths to take care of the gory details. It’s a great turn for Bowen – putting together the perfect mix of meek and villainous that is easy to pokes fun at and hate at the same time.
. 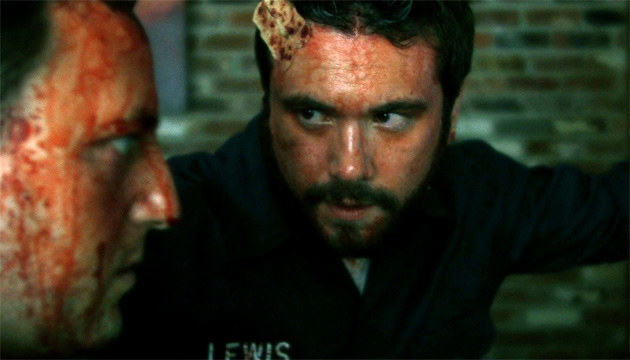 Don’t confuse this with the more recent 2014 film. This has nothing to do with aliens – it’s more along the lines of a post apocalyptic zombie movie. But instead of zombies – people just go bat shit insane. Bowen plays Lewis, one of the first main characters to become affected by the signal and slowly becomes the “main villain” for the rest of the film. He chases down his still sane girlfriend as she searches for safety and beats a whole bunch of people to death along the way. He taps into a sort of anger, violence, and paranoia that really elevate the film to tense levels – and apes out on victims in a particularly spectacular fashion.
.

Bowen returns to work with Ti West in his most recent film, The Sacrament. A fictional retelling of the Jonestown Massacre. For once, we get to see Bowen play the straight hero. It must have been a relief to actually play the voice of reason this time – as he has to deal with the brain washed cultists who truly believe mass suicide is the answer to eternal peace. It must also be nice to place a character that actually gets to survive.
. 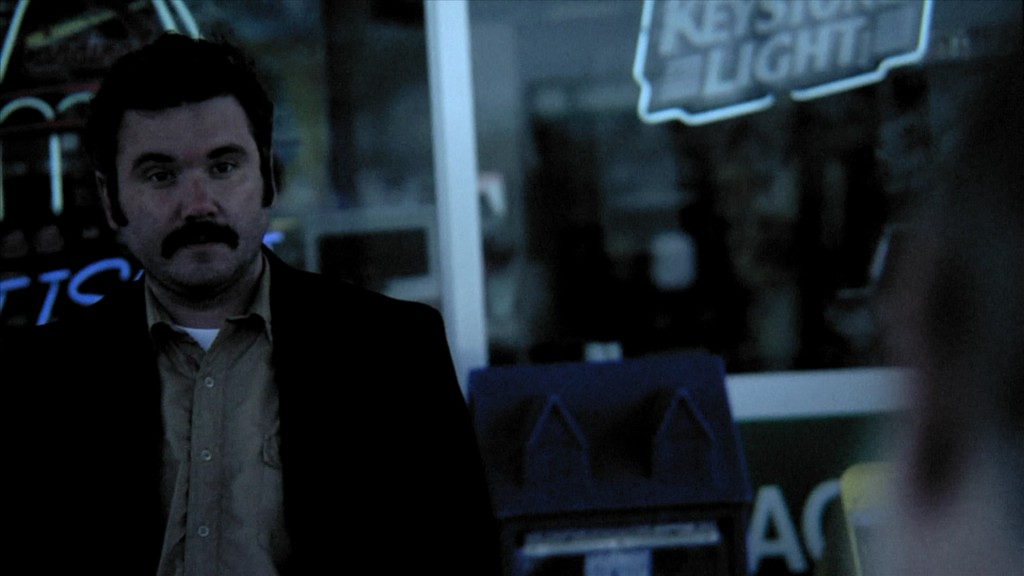 As you read this list, you’re probably starting to see that Adam Wingard, Ti West, and AJ Bowen like to make some gruesome stuff together. And Wingard’s A Horrible Way to Die is no different. Bowen plays possibly the best serial killer ever. Partly inspired by the kind of cult attention Charles Manson acquired – we follow Bowen leave a trail of cold dead bodies to find his girlfriend… only to find out that he is actually trying to save her form his fanatical fans. The amazing character twist? He seriously wanted to stay in jail in order to protect innocent people from his blind violence and only got free so he could save his love. It’s all amazingly realized in Bowen’s performance.
.

We honestly can’t wait to see what AJ Bowen has in store for us with his future films but until then – let us know what you think is his best horror performance in the comments below. You can also hit us up on Facebook and Twitter too.