The True Story Behind Dead Ringers.

To enhance your reading experience I suggest you play this ominous track from the “Dead Ringers” movie soundtrack .

During the 80s, a thriller gem was released from the master of body and venereal horror David Cronenberg. Dead Ringers ranked 20th in Entertainment Weekly’s list of “25 Scariest movies of all time” and it is no wonder that it managed to stay in the minds of everyone who had seen it back then (just ask older folks around you!).

The film follows identical twins and gynecologists, Elliot and Beverly, to their ‘conjoined’ path towards addiction, obsession and, finally, self destruction. It was written by the director himself in collaboration with Norman Snider and was based on the book “Twins” by Bari Wood and Jack Geasland . What many might not realize is that both the film and the book were inspired from a true story that happened some years ago and caught the attention of the press and media.
.

Cyril and Stewart Marcus were born in June 2, 1930 with Stewart coming into the world first, only minutes apart from his “younger” brother. From day one they were inseparable, a pattern that continued growing stronger throughout their lives. They had the same friends, went to the same medical school, joined the same fraternity and even shared the same corpse in anatomy class! 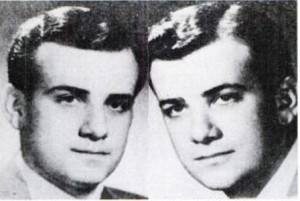 The twins graduated from medical school in 1954 with honors and started marching their way to success. They were determined to be the first twin gynecologists that would achieve immortality by dedicating their lives on the field and become pioneers on infertility treatments. And so it happened. By the end of the 60s the brothers had a high profile reputation and a profitable Park Avenue practice. They saw their clientele growing not only in numbers but also in status. Wealthy Manhattan ladies would visit their office and had only good words to say about the OB-GYN duet that gradually gained international fame in the medical world.

Their career that once was on its peak started hitting rock bottom when Cyril started experimenting with barbiturates. His attitude changed radically. Rumors claimed that Cyril was acting extremely bizarre even in the operation room. He once tried to pull out the mask from a sedated patient in an attempt to inhale the drug himself while another time he attacked a nurse by throwing a tray of instruments at her. His loyal brother Stewart stepped in and started treating many of Cyril’s patients with one key detail : the patient was not informed of the substitution… 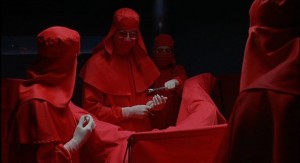 Rock Bottom (With a Smell of Decay)

Stewart did not stay sober for long. Shortly after his brother sank into the barbiturate world, he followed him. Addiction seemed stronger than both of them pushing them into a life without zest or hope and continuous medical malpractice. The conditions in their once luxurious apartment on 63rd street were now unsanitary.  The neighbors started complaining and the authorities were notified. When the police arrived the spectacle was gruesome. The twins on their (final) attempt to detox had died from withdrawal side effects. Their decomposing bodies were discovered in one of the bedrooms surrounded by piles of trash, including countless empty drug vials, human waste and flies. 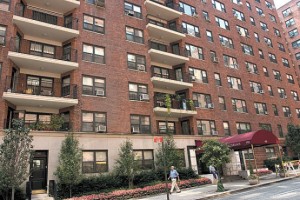 The twins’ resemblance was so extraordinary that their name ‘toe’ tags at the morgue were initially misplaced/switched! It almost felt that even after death, they were still playing games. Dental records helped in correctly identifying them. RIP.
.

With real world events that are this messed up, who needs horror movies to freak us out? It’s like they always say, true stories don’t have to be believable – they happened, it’s messed up, and sometimes we just can’t explain why the world ends up this way.