Sing a happy song before The Voices get you.

At first glance, The Voices may appear to be a quirky comedy with a light shade of dark subject matter. The bright and poppy colors mixed with a seeming lack of focus on blood and gore would have you initially believe that this is a horror comedy that’s trying to play it safe.

Then suddenly we see a shift in perspective. The film flips what we’ve been seeing on it’s head and we understand that director Marjane Satrapi not only knows exactly what she’s doing – but also knows how to take the look of a lighthearted comedy and twist it into something truly demented. A safe cookie cutter comedy this is not. Instead, we get a blood bath of laughs and creepy insanity that truly entertain throughout.

The Voices follows the exploits of warehouse worker Jerry (Ryan Reynolds), a man who’s cat and dog talk to him and tell him to do things. The cat constantly spews murderous thoughts into his brain while the dog spreads kindness and positivity. As you can imagine – this doesn’t end well for Jerry or his future victims. Bodies start to pile up, things start to fall apart, and the that’s where the fun begins. 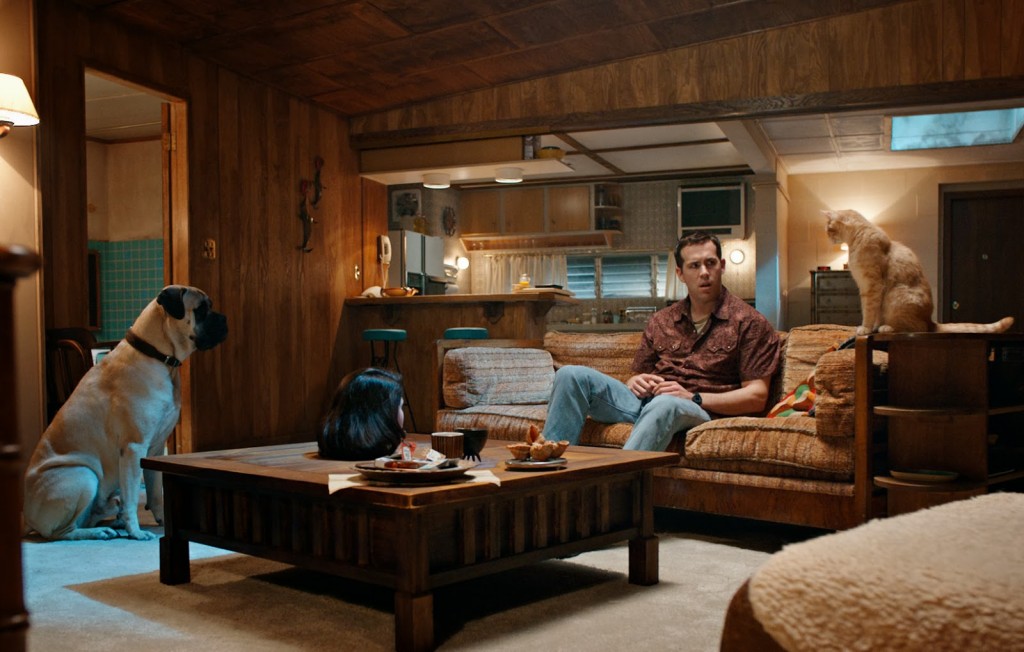 Ryan Reynolds gets to truly go for broke in this role – not only playing the protagonist (antagonist?) Jerry, but also the voices of the cat and dog as well. This allows Reynolds to basically put together a highlight reel of his greatest strengths, showing off his ability to portray quiet funny moments, big big laughs, and also a slew of intense dramatic beats. Throw on top of that vocal performances of a psychopathic Scottish cat and a dopey deep-voiced dog – and I’m pretty sure he hits every emotion in the book. There are moments where he nails a beat so well that he actually frightened me. Much like how I believe a I would be frightened if I suddenly found out someone I knew was that unstable. He really brings it home in this film.

That’s not to take away from the supporting cast – who all perfectly and believably interact with the very strange Jerry. Gemma Arterton pulls off a “too cool for small town life” that would easily entice Jerry as well as abuse his weak psyche. And Anna Kendrick brings out her ultimate sweetness in order to make us really believe a small town girl could fall for a secret psycho killer who’s idea of a first date is a creepy abandoned house where his mother died. Their performances help anchor and put into perspective Reynold’s off the wall acting. Grounding the film into a much needed dose of reality. 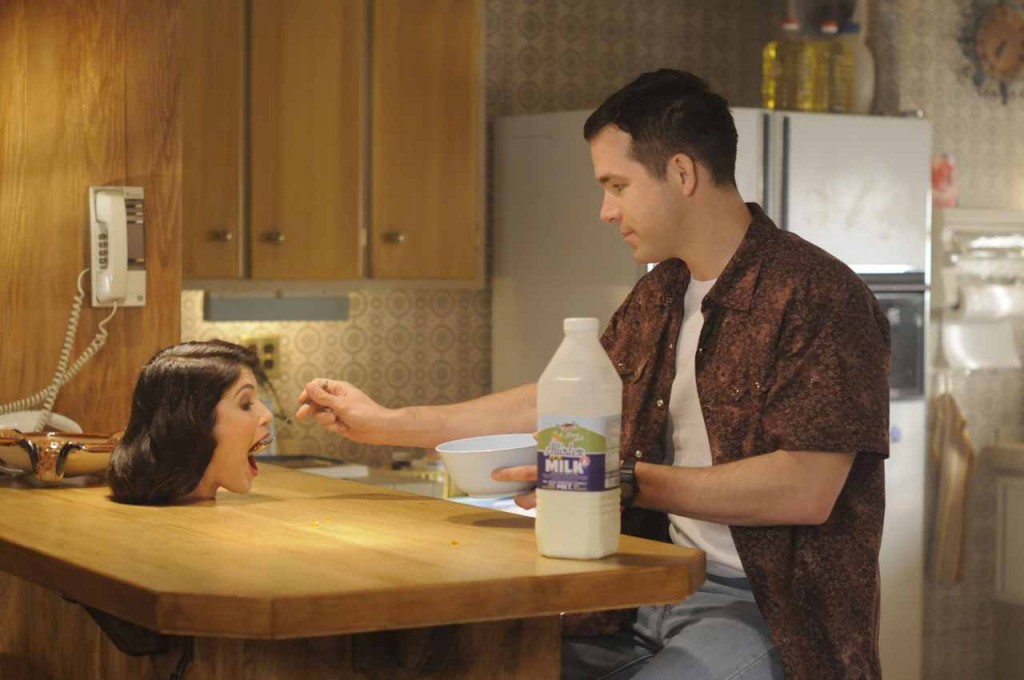 But what truly makes this film a twisted dark blast is the pitch perfect way Satrapi mixes cartoon imagery with extreme violence. The manic way Jerry sees the everything as a clean and bright blissful world of sunshine layers perfectly with a type of violence we can all relate to – the consequence-free world of Tex Avery or Tom and Jerry. It brings a vulnerability to the character that helps open the door to us all sympathizing with a murderer and also makes room for plenty of deep twisted laughs. It’s the kind of absurdity that makes you laugh but also think twice about what it is you’re exactly laughing about.

It’s so effective that when the bright visual style makes way for the darker and real repercussions of Jerry’s actions we are caught off guard and feel truly sick and uncomfortable. We almost forget: this man is killing people.

This push and pull of insanity builds all the way up into the climax (seriously, make sure you watch the loony credits. It’s a sight to behold!) with only a few missteps along the way. One scene towards the end in particular seems thrown in to provide more “closure” to the plotline – but only ends up feeling forced and expository. There are also moments where the actions of the townspeople seem a little too stupid, but those are just minor issues. As a whole The Voices is a beautiful blend of sick, demented, fun – all held up by a performance that makes you wonder why Ryan Reynolds doesn’t kick ass more often.

'The Voices' Talk Ryan Reynolds Into a Stellar Performance
Ryan Reynolds carries a truly hilarious and twisted dark comedy with a highlight reel of performances that range from a deranged man to a house cat.
Rating8
Pros
Cons
8Overall Score
Reader Rating: (3 Votes)
95%