Universal Studios has released the long-awaited and magnificently ghost filled trailer for Guillermo del Toro’s Crimson Peak. They aren’t pulling any punches either. The trailer proudly proclaims this to be his “ultimate masterpiece” and based on what we’re seeing in this trailer – we might definitely be in for a major treat. While the trailer doesn’t push in-your-face scares, it’s filled to the brim with del Toro’s patented and original atmosphere. Check it out for yourself:

“In the aftermath of a family tragedy, an aspiring author is torn between love for her childhood friend and the temptation of a mysterious outsider.  Trying to escape the ghosts of her past, she is swept away to a house that breathes, bleeds…and remembers.” 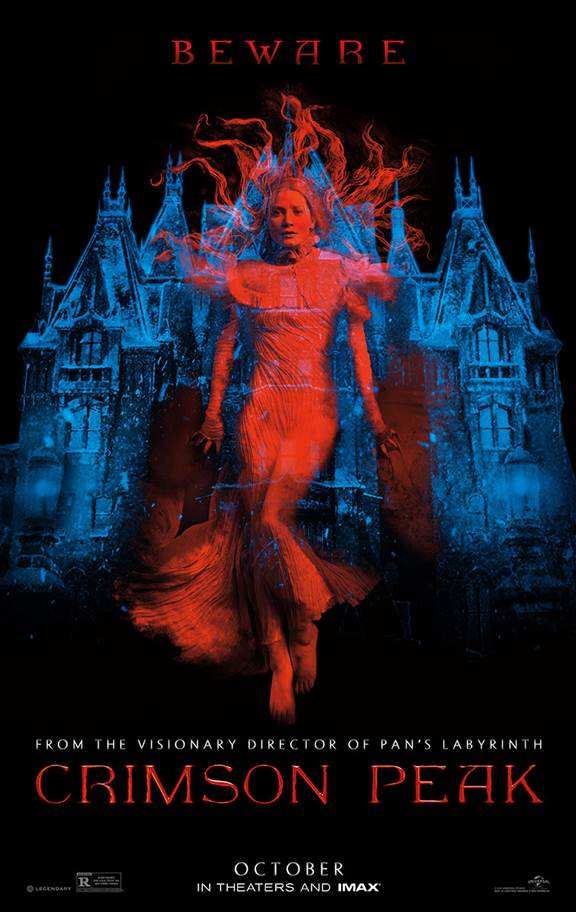