A little girl alone. A balloon. And some nasty ass fingers.

For every new Guillermo del Toro movie there is also an up and coming filmmaker ready to make his mark with a new indie film. That’s why we’re proud to share with you this creepy little gem of a teaser trailer for an upcoming short film called The Smiling Man.

Directed by AJ Briones, the film has a very simple but effectively creepy synopsis. “A little girl home alone finds herself face-to-face with pure evil.” And while we don’t actually see evil’s face in this teaser trailer. I’d imagine it’s going to be scary as hell – based on those noises and dirty devilish fingers creeping around the corner. 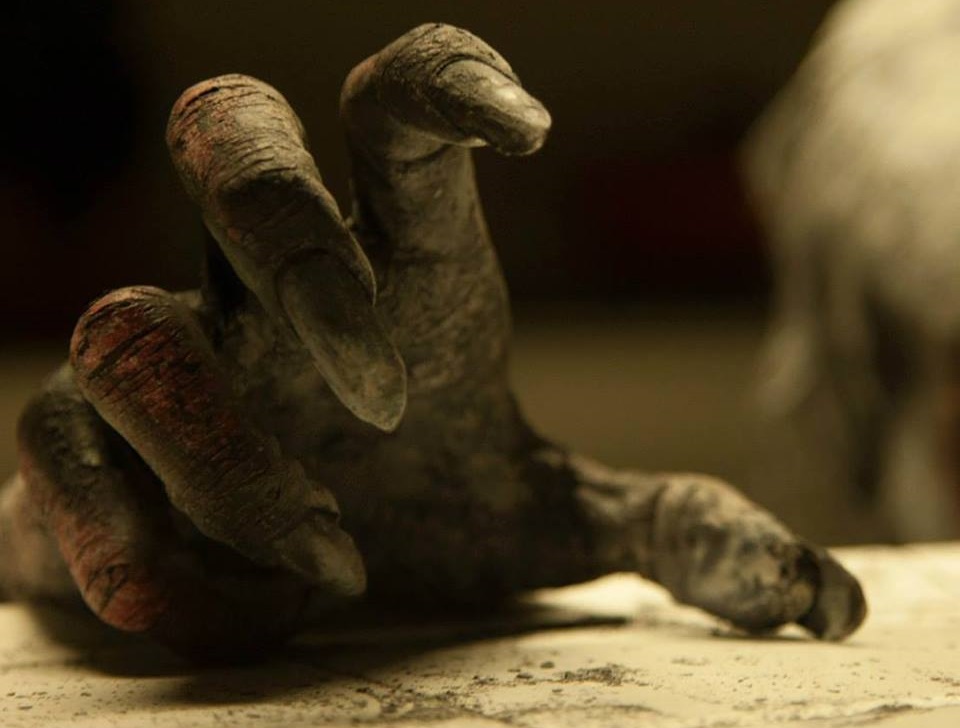 Honestly, I was always the kind of person who could easily creep myself out alone in a house. Even today as a full grown adult I get nervous looking out windows at night when you can’t see anything except your own reflection – so I’m totally revved up to see this short film.

AJ Briones has had a long history in visual effects, working on films such as Avatar, Dawn of the Planet of the Apes, and the upcoming film Tomorrowland (I’m sure you’ve heard of it). His current short film, Carolina Parakeet is currently nearing the end of it’s festival run and has won five awards.

The Smiling Man stars Abby Chally, Strange Dave, and Mellisa Chally and is currently in post production. I personally can’t wait to see it when it hits festivals. But for now, let’s just enjoy the creepy atmosphere of the teaser trailer below:

The Smiling Man – Trailer from A.J. Briones on Vimeo.

You can find out more about the The Smiling Man by visiting the official website or hitting up their Facebook page right here.