Animals. Some people love them, some people don’t.

Zoophobia or animal phobia is a class of specific phobias to particular animals, or an irrational fear or even simply dislike of any non-human animals.

Horror movies have a main target: either highlighting your inner existing fears or creating new ones. Animal horror plays mercilessly with your inner fears and then finishes you off by creating immense fear (or even hate!) towards a different species. This Top 10 focuses on the movies that had the power to eliminate any sentiment we had towards furry or hairless creatures around us.

I just had to include this one for cult movie’s sake! I mean who would dare to portray our beloved bunnies as heartless killers? William F Claxton did. Meeeeaaaaan!

FUN FACT : The US posters for the movie featured no rabbits. The marketers were afraid that the people would find it ridiculous. No shit Sherlock! 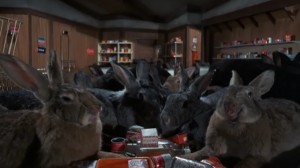 This far away sequel of the 1978 original Piranha movie is showcasing prehistoric piranha on a feeding frenzy during Spring Break.  Better stay sober and out of the water unless you like the idea of a school of razor toothed fish eating you alive! 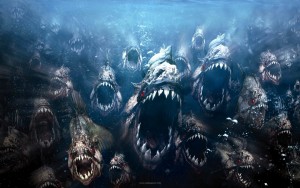 Deep Blue Sea is basically telling us that if sharks had bigger brains and got smarter then we would be ducked (as in fucked!). Who said only Jaws is a good horror shark flick?

FUN FACT : As an added tribute to Jaws, the license plate pulled from the shark’s teeth by Carter is the same plate found in the tiger shark carcass from the 1975 Spielberg film. 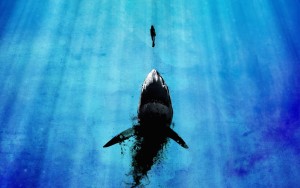 Not to be confused with Nicki Minaj’s song. No connection there whatsoever.

A Nat Geo crew is being chased by a giant Anaconda snake in the Amazon. This movie crushed the dreams of anyone who wanted to work for Nat Geo.

FUN FACT : During filming, controls for the animatronic Anaconda shorted out, causing it to completely lose control. Some of the footage is included in the movie.

Stephen King managed to find horror in everything, including man’s best friend. He cites this film as having the most effective scare of any of the movies based on his works and rightfully. This film hits the spot for the simple reason that all of us have some experience with a dog and can relate. Best friends can become major enemies. Bad boy Cujo!

FUN FACT : The rabies foam on Cujo’s mouth was made with egg whites and sugar which visually looked good but the dog wouldn’t stop eating the tasty mix! 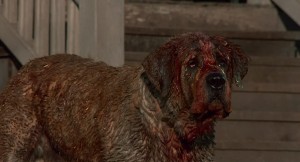 Stephen King once mentioned that the only novel he wrote that really scared him was Pet Sematary. He wrote the screenplay for this movie. I rest my case.

FUN FACT 1 : The word “sematary” comes from a part in the book where the kids that made the sign for the pet cemetery misspelled the word.

FUN FACT 2: Another editor of HFC wanted this higher up on top of the list. I am sorry but no can do. 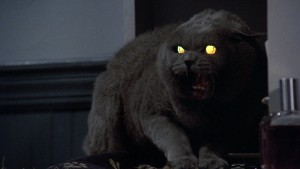 That is the worst nightmare for people who are afraid of snakes AKA Ophidiophobics . Snakes. On a plane. No distance left to run there. 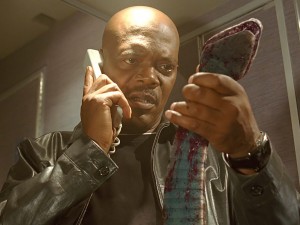 The reason why you don’t like spiders might be hiding in that bold sneak peek of “Arachnophobia” that  your parents passionately kept telling you not to do when you were young but you did regardless. You reap what you sow.

FUN FACT : The sound of a spider being crushed was made by foley artists crushing potato chips. 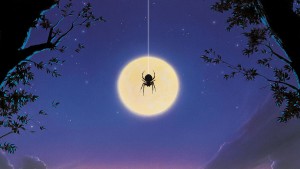 I refuse to give a ‘description’ on that one. If you haven’t watched this movie, you need to do it ASAP. On second thought, not just asap. More like NOW!

(not such) FUN FACT : Steven Spielberg regretted the way he portrayed sharks in this film. He felt he contributed in the stigmatization of a very important and noble sea creature. 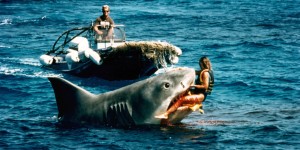 An all time classic animal horror. Vicious flocks of birds attack humans in a film so wonderfully crafted by the master of horror Hitchcock that makes it impossible to forget after watched.

FUN FACT : At the UK premier of the film loudspeakers that produced bird screeching and flapping sounds were hidden in the trees around the theater to give an additional scare to the audience. 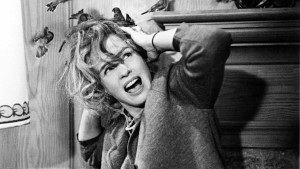 After this countdown I can positively state that animals were not harmed. Only human mentalities and beauty sleeps.

Get over it people! We are still on top of the food chain! I am wondering for how much longer… Hmmm…