In 1988 the movie The Serpent and The Rainbow, directed by Wes Craven, made its debut. While it may not have the mass appeal of his Dead franchise, it remains one of those horror films whose real world horror story is unbelievable, almost impossible to grasp. But the fact remains that this does have a true story behind it. You won’t believe me, but I will give you a hint of the direction this true story is going.

First let’s take a look at the definition of the term “ZOMBIE”. 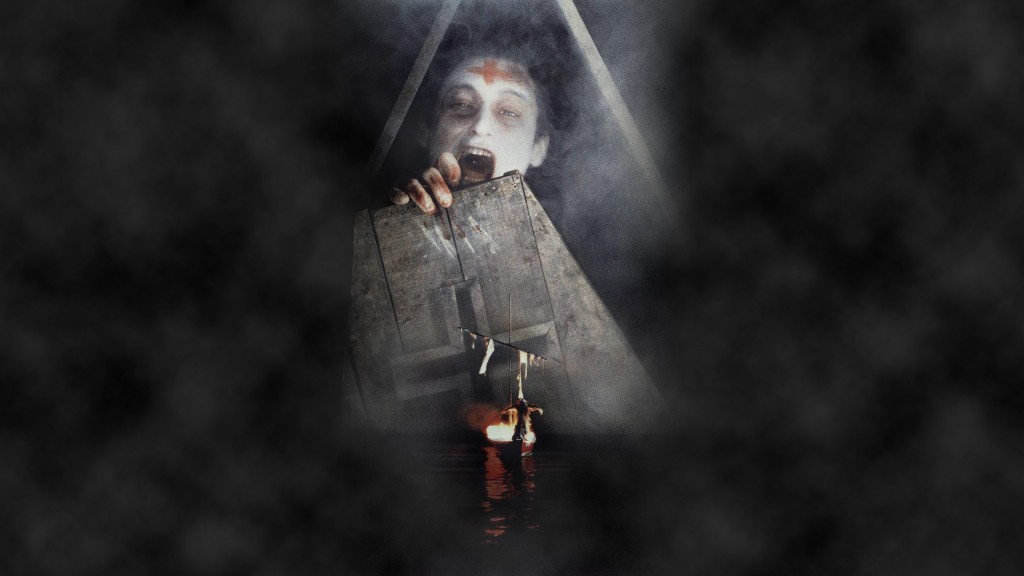 .Word Origin and History for Zombie

YES! You got that right! There is actually a real life Zombie story behind the movie! That might sound crazy… actually it is a little crazy. But bear with me as we dig deeper into this real life hellish nightmare.
.

It seemed like a normal 1982 day in the town of L’Estere in Haiti. Angelina Narcisse was just browsing the local market when all of a sudden she found herself screaming in awe. A scream that pierced the skies and ears of everyone around her. The reason was her brother, Clairvius. You might find yourself screaming in surprise and excitement when you encounter an old friend that you haven’t met for a while, right? Well, Angelina’s scream had a different quality to it. She didn’t just reunite with her long lost brother. She reunited with her presumably dead and buried brother! A living breathing walking dead! That might seem a bit odd to say the least – so let’s rewind a little. 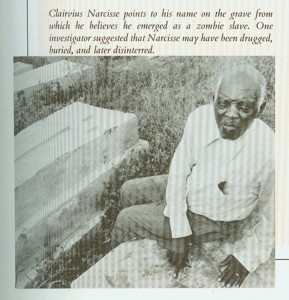 Photo from an old newspaper.

Clairvious is not feeling well

Back in 1962 Clairvius Narcisse felt unusually ill and wisely decided to check into the hospital where the doctors found that he suffered from pulmonary edema and hypotension along with severe symptoms like heavy breathing, high fever and “crawling bugs” sensation all over his body. He was soon pronounced dead by the doctors and buried in front of the eyes of his grieving family and friends. One family member though, was hiding a secret that would be revealed some years later…

Clairvius found himself waking up in his grave. He saw and felt the nails of his wooden coffin but felt sedated. But by what? What happened to him? His brother held the key to the answer.

After repeated quarrels with Clairvius, his brother decided to punish him. With the help of a Voodoo Shaman he managed to poison Clairvius giving him a mixture of pufferfish and toad toxin which put him in a coma that looked more like death. After the burial, his “body” was exhumed and was transferred to an unknown location where the Bokor (another name for the Voodoo Shaman) would give him small doses of Datura Stramonium’s toxic extract to keep him in a slow-witted  zombie-like state. Clairvius was being exploited by the Bokor and had to work in a sugar plantation among other zombie-fied people. Two years later Clairvius managed to flee but didn’t return to his hometown for years in fear of his brother. He lived his life a beggar until he heard that his brother was dead, a fact that made him feel ready and safe to revisit his former community. 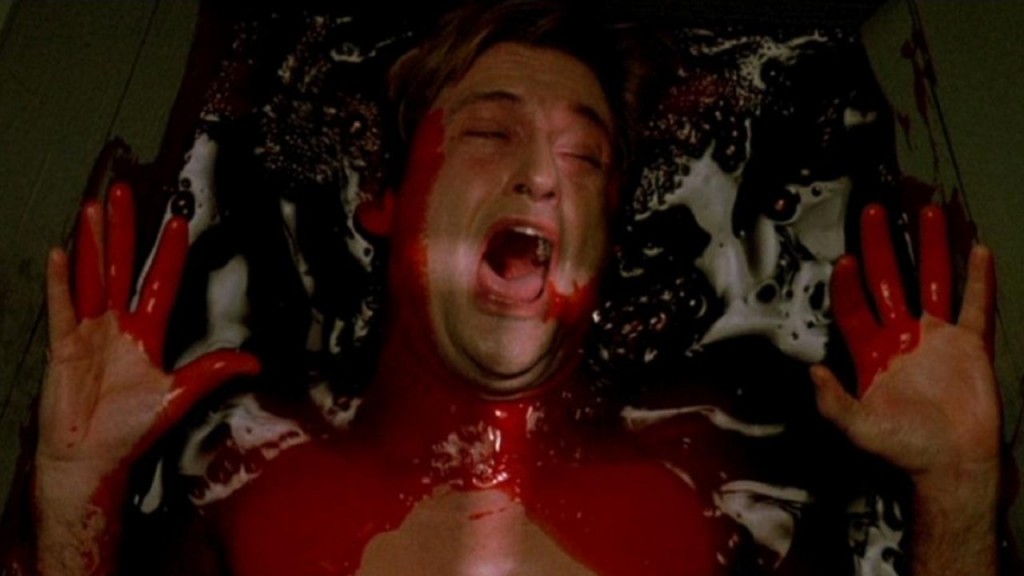 The Scientist and The Press

The extraordinary case of Clairvius caught the attention of the media and the scientific world. Time magazine featured a big article on his case and the famous Canadian anthropologist/ethnobotanist, Wade Davis, visited and stayed in Haiti in order to gather more details on the whole thing and learn more about the Haitian Zombie Nation and its toxic concoctions. Davis ended up writing a whole book called “The Serpent and The Rainbow” (which later inspired the same-titled horror film) describing all the things he witnessed related to Haitian Voodoo.
.

When I watched that movie it never occurred to me that it could have been based on a real story. I mean, come on – zombies are just stuff of legend and crazy voodoo magic. We always joke around about a possible future zombie apocalypse and how we would survive it. But then you see stuff like this. These random stories that bring the fiction to life. It’s utterly insane. It prays on our biggest fears. This true story was so crazy – so random and bizarre – that it definitely deserved it’s own film separate from the traditional zombie fare.

Anyone visiting Haiti soon? Stay away from the Zombies!