Why can’t we all just sing along to the bloody carnage?

I might lose a bunch of you based on this title alone. I get that. Some people just hate musicals. They are in-your-face and obnoxious – basically just big old attention whores. Just like the theater students you knew in high school. But I love musicals – the audible expression of pure emotions played out to movie visuals. It’s a true joy. Throw in some of that blood red chaos of the horror genre and I’m in heaven. There’s just something about that shocking disparity between the “beautiful” sounds of music and the “ugly” visuals of horror gore.

It’s true absurdity. That’s what I love so much about it. I love the absurd. And there’s no better example of that than the famous cult classic Rocky Horror Pictures Show. It understood exactly what a horror musical is supposed to be: ridiculous but not sarcastic. It wears its heart on its sleeve (like most musicals) but understands the downright insanity of the whole idea.

It’s similar to the horror/comedy genre. Two things that shouldn’t be together mashed up to create something fun and unique. A good horror comedy can be a breath of fresh air (emphasis on good). The same can go for a horror musical. It would feel fresh, exciting, a break from the norm. So why don’t we have more of them? 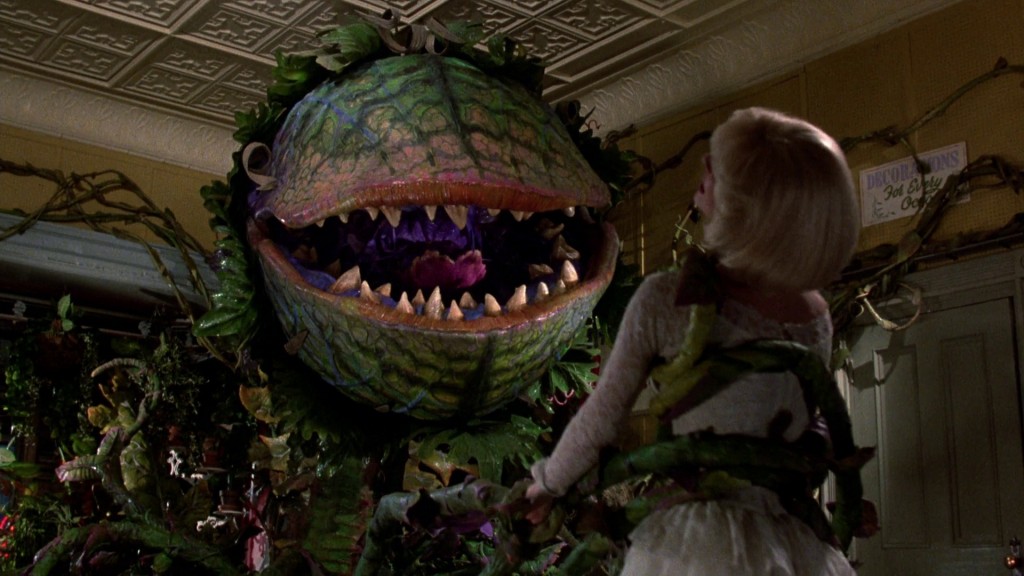 I can literally count the entire catalogue of horror movies on my hand. That’s how few horror musicals there are in this world. Why so few? Well, in this humble writer’s opinion – I think it’s just because a musical movie can go very bad very fast. There’s a world of difference between a good musical and a bad one. Add some horror schlock on top of that and you could be in for a disaster. Of course, this is the case with all movies. No one wants to see a bad flick – but with musicals it’s like the badness is shoved down your throat. Its terribleness sung at you loudly. It’s almost unbearable.

I won’t single any movie out – as I’m not well versed enough in the bad musicals. That’s just how bad they are. I never go back. I forget things. But I’d argue that the bad musicals often suffer from “too much” syndrome. The songs try to be too goofy… or maybe too serious. Maybe there are too many musical numbers to the point that it’s over stuffed. Hell, maybe it’s just too hard to find good singers and music writers on a small budget. 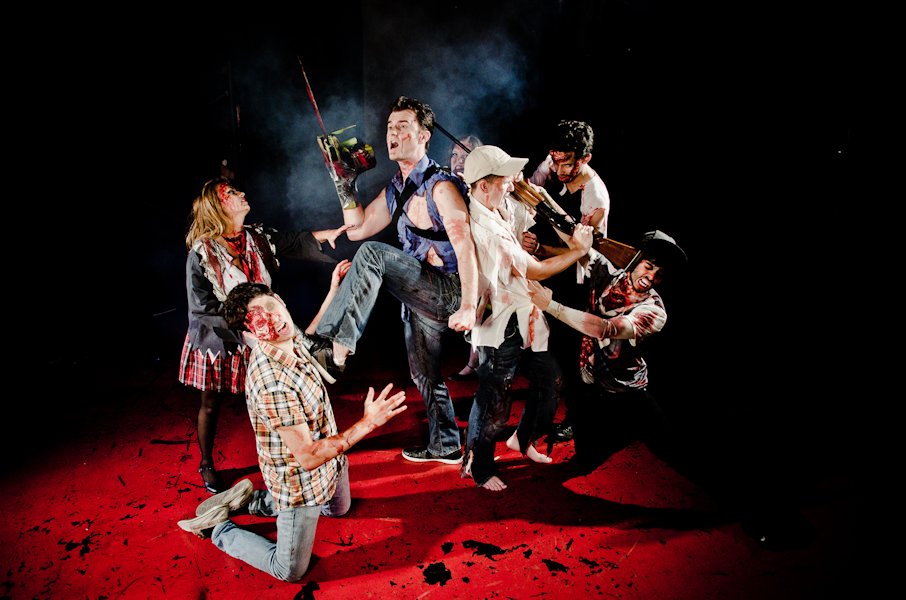 But there’s still hope! While it didn’t have the greatest reviews, Stage Fright seemed to be a good stab (pun intended) on capturing the wonderful mix of glee (another pun, sorry) and terror that the classics provide. And let’s not forget the fantastic adaptation of The Evil Dead – simply dubbed, “Evil Dead: The Musical.” I was lucky enough to catch it in NYC before its run ended. It transformed a perfect horror film into a perfect horror musical experience. They even shot blood at the audience in the front seats… with a blood cannon! Let me repeat that. A blood cannon. This is what’s great about musicals. Things like blood cannons or lyrics about dancing decapitated heads. Alas, the show never made it out of the Off Broadway circuit.

And that’s why we don’t see these bloody musicals very often. They don’t make money. I get that. So here’s a call to everyone out there that’s like me – a lover of musicals and a lover of blood soaked mayhem. Get out there and support these fucking films. Help them make money! I want to see more of these things. If Tim Burton can do it with Sweeney Todd – surely someone else can!

Do you guys have any suggestions of cult horror musicals I should watch? Let me know in the comments section below. Or you can share your thoughts on our official HFC Facebook page and Twitter at @thehorrornews.