Trick or treat. Smell my feet… and die.

In Indie Spotlight, we take time out of our regularly scheduled programming to talk about the little guy. To let you guys know about the up and coming directors, actors, crew, and talent that could one day be the next big hit. Today we shine the spotlight on this trailer for an upcoming 80s-tastic indie film called The Barn.

The film, directed Justin M. Seaman, is about a group of teenagers who find an abandoned barn on Devil’s Night and “awaken the evil inside”. As an homage, it goes all-out in imitating 80s horror tropes. 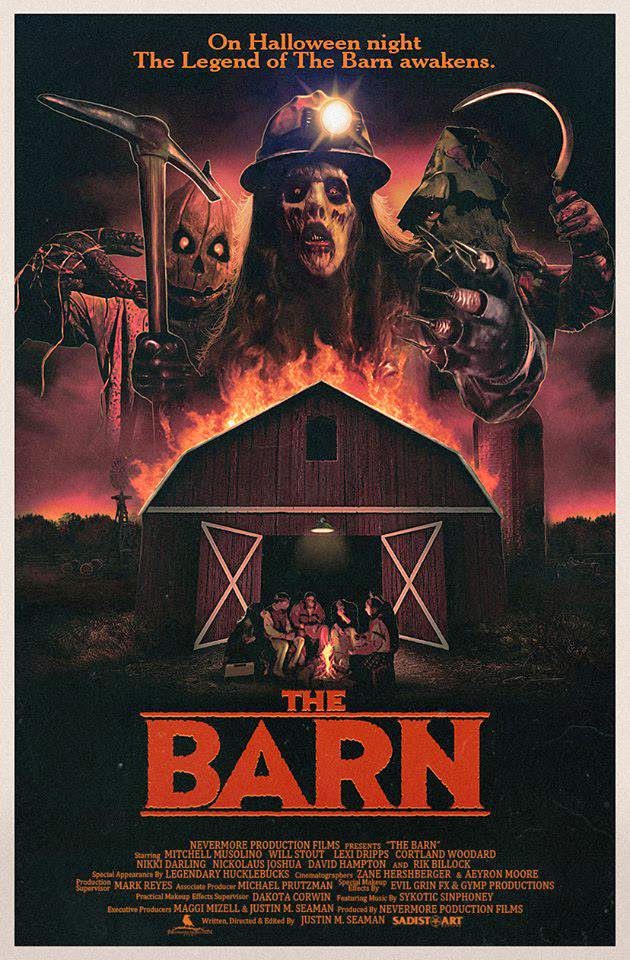 There’s a dramatic voice over, old-school practical effects, and the amazing soundtrack is more 80’s than most actual 80’s soundtracks. It looks like a great nostalgia trip as well as a scary good time.

The score is by Rocky Gray, the lead guitarist for Living Sacrifice and the former drummer for Evanescence. Look out for an exclusive interview with him, coming soon!

This is Seaman’s third feature film, his previous two being The Heroes of Post 639 and The Miracle of Danny. The Barn stars Mitchell Musolino, Will Stout, Lexi Dripps. It’s set for an October release – perfect timing.

The Barn Official Trailer from Nevermore Production Films on Vimeo.

You should seriously check out this movie and site. They’re having a lot of fun with the promotion by completely reliving the 80’s in every single way. They’ve got an old school The Barn board game, action figures, and T-shirt merch – plus that rad soundtrack in the background keeping you in the mood. So for more info about The Barn, visit the official website or Facebook page.