Dad is a little under the weather.

There’s always something going on with the in-laws, isn’t there? They either hate you, they’re annoying or weird, or maybe the dad is a zombie?

Chloe is the perfect girlfriend. She’s a food critic, so to prepare for her future parents-in-law’s visit, she obsesses over making a fancy, multi-course meal. When they arrive, the mother is oblivious and unimpressed. But the father is much worse. His face is completely covered, and he speaks only in growls and gargles. And no one but Chloe seems to have noticed that anything is wrong with this! 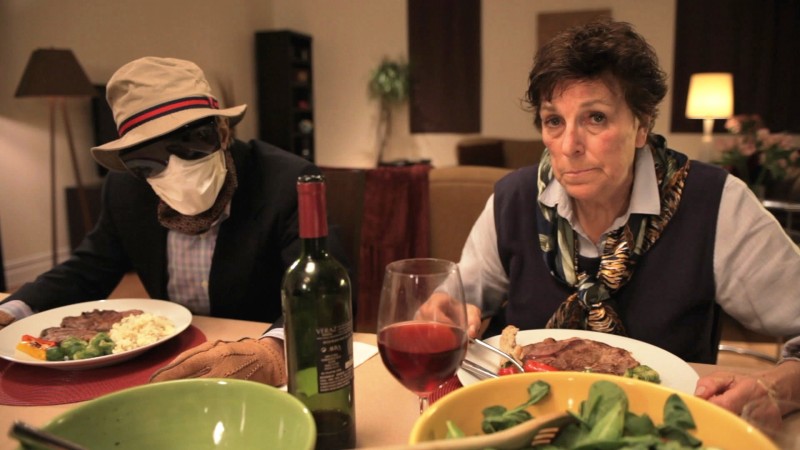 Writer/director Michael Goldburg got the idea for What’s Eating Dad? as a producer of the black comedy webseries Tragic Relief, which has contributors from The Onion, The Upright Citizens Brigade, and Comedy Central. It was initially conceived as an episode for the webseries, but turned out to be better as a stand-alone short.

When Chloe meets her boyfriend’s parents for the first time, what’s really for dinner is something she never imagined.
What’s Eating Dad? is award-winning filmmaker Michael Goldburg’s darkly funny portrait of family dysfunction … and other horrors. In the vein of Woody Allen meets Shaun of the Dead, What’s Eating Dad? is a prizewinning horror-comedy short about literally surviving the future in-laws.